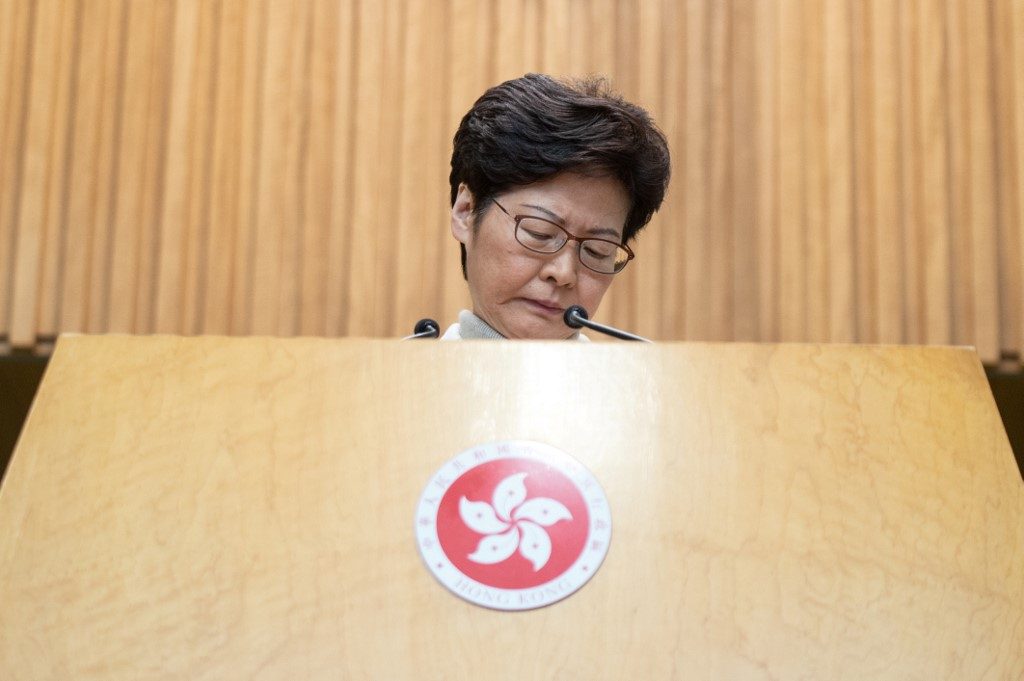 The Beijing-appointed leader insisted Hong Kong had been living with “a gaping hole in national security,” and that the law was “urgently needed.”

The legislation, she said, “aims to prevent, curb and punish acts of secession, subversion of state power, terrorist activities, and collusion with foreign or external forces to endanger national security.”

Lam downplayed fears it could be used to stifle criticism of Beijing.

“It will only target an extremely small minority of people who have breached the law, while the life and property, basic rights and freedoms of the overwhelming majority of Hong Kong residents will be protected,” she said.

She also insisted that “the law will not affect Hong Kong’s renowned judicial independence.”

As part of the 1997 handover from Britain, Hong Kong was guaranteed certain freedoms – as well as judicial and legislative autonomy – for 50 years in a deal known as “One Country, Two Systems.”

“Hong Kong is an inalienable part of China,” Lam said, accusing foreign governments or politicians who object to the legislation of “double standards.”

“All those countries which have pointed their fingers at China have their own national security legislation in place,” she said.

“We could think of no valid reason why China alone should be inhibited from enacting national security legislation to protect every corner of its territory and all of its nationals.

“I urge the international community to respect our country’s right to safeguard national security and Hong Kong people’s aspirations for stability and harmony.” – Rappler.com