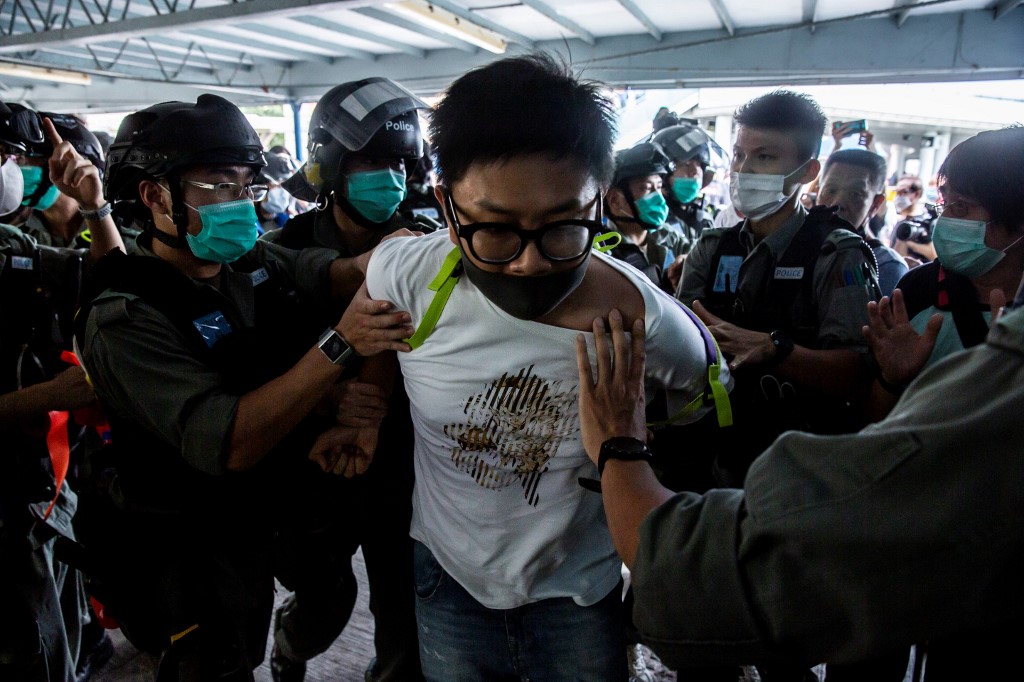 Beijing must also allow the United Nations rights chief meaningful access to its western Xinjiang province, said the states – including Britain, France, Germany, and Japan – in a rare oral rebuke of China at the UN Human Rights Council in Geneva.

Julian Braithwaite, Britain’s ambassador to the UN in Geneva, read the statement at the council, on behalf of all the signatories.

The 27 countries have “deep and growing concerns” over the new security law, which has clear implications on the human rights of people in Hong Kong, the statement said.

“We urge the Chinese and Hong Kong governments to reconsider the imposition of this legislation and to engage Hong Kong’s people, institutions, and judiciary to prevent further erosion of the rights and freedoms that the people of Hong Kong have enjoyed for many years,” the statement said.

“A number of the signatories to this statement submitted a letter last year to express concern about arbitrary detention, widespread surveillance and restrictions, particularly targeting Uighurs and other minorities in Xinjiang,” the statement pointed out.

“These deep concerns have been reinforced by additional information now in the public domain.”

A study by a German researcher said Monday that Chinese authorities were carrying out forced sterilizations of Uighur and other ethnic minority women in an apparent campaign to curb the population.

The countries urged China to allow Michelle Bachelet, the UN High Commissioner for Human Rights, “meaningful access to Xinjiang at the earliest opportunity.”

The signatories urged Bachelet to provide regular information on the human rights situation in Xinjiang and Hong Kong, “in order to safeguard the rights and freedoms which are guaranteed under international law.” – Rappler.com