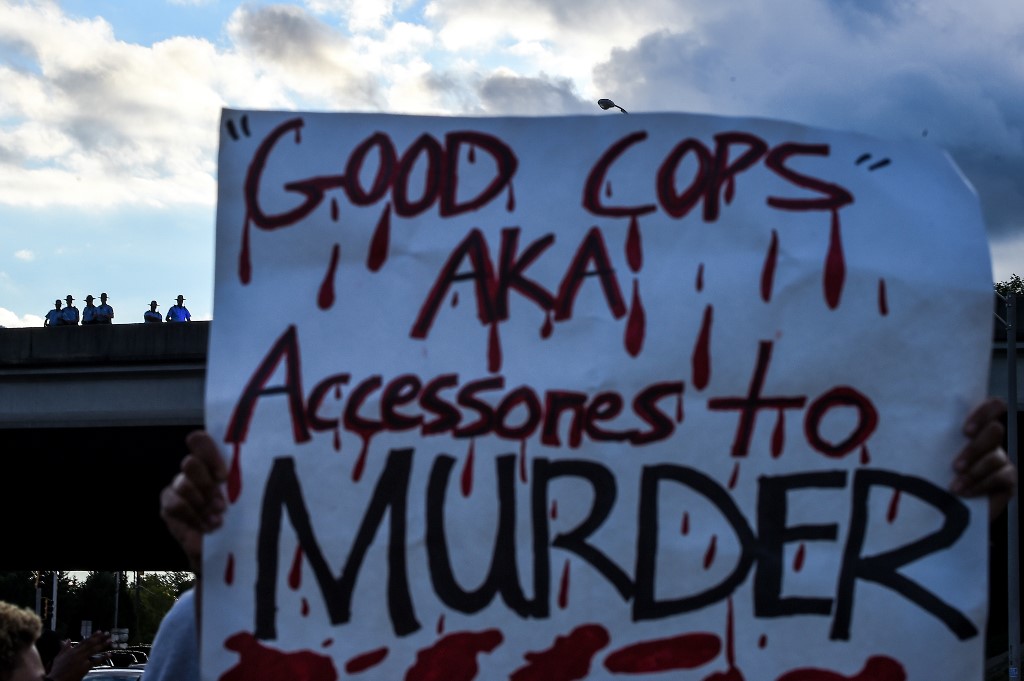 WASHINGTON, DC, USA – An Atlanta judge set a steep $500,000 bail Tuesday, June 30, for a police officer accused of murder after shooting dead a fleeing black man in the back.

In a bond hearing full of emotion after the appearance of Rayshard Brook’s widow, lawyers for Garrett Rolfe argued that he was within his rights to shoot the 27-year-old on June 12 outside a fast food restaurant.

Judge Jane Barwick said the bail was not too high for the politically charged case, which added fuel to nationwide protests over police abuse and racism sparked by the May 25 killing of George Floyd in Minneapolis.

“This court does not feel this amount is excessive,” Barwick said.

She also ordered Rolfe to give up all firearms and wear an ankle monitor while awaiting trial or murder charges.

Before the judge set bail, Brooks’ wife Tomika Miller pleaded tearfully for the court to keep Rolfe locked up.

“The defendant has already shown he is a danger to the community,” she said.

Her husband “was not perfect, but he didn’t deserve to die,” she said.

Shot in the back

The hearing set the stage for a contentious trial over a case that has highlighted rifts between Atlanta’s large black community and its police.

Rolfe was arrested on 11 counts, including felony murder – a homicide committed in the course of another felony crime – aggravated assault, and multiple counts of violating police procedures.

The murder count could bring a sentence of death or life in prison.

Rolfe and partner Devin Brosnan found Brooks sleeping in his car in the drive-up line at a Wendy’s fast-food restaurant on a Friday evening earlier this month.

In an interaction that was calm for most of 40 minutes, they gave Brooks an alcohol test and, after it proved positive, sought to arrest him for driving under the influence.

After a brief struggle Brooks ran off with one of the officers’ Tasers and, as he swung his arm back to point it toward them, Rolfe shot Brooks twice in the back.

“The shooting of Mr. Brooks in the back by Mr. Rolfe was not justified…. He was running away,” said Fulton County assistant district attorney Fulton Rucker in Tuesday’s hearing.

But Rolfe’s attorney Bill Thomas said video evidence will prove that Brooks attacked the two officers and then threatened them with the Taser, which arguably can be classified as a “deadly weapon” and so justifying Rolfe opening fire.

“This is an officer who was in the performance of his duty. A suspect escalated a situation…and a death resulted,” Pines said.

Rolfe was sacked after the incident.

Brosnan, who has agreed to become a witness for the state in the investigation, faces 3 charges in the case including aggravated assault. – Rappler.com