Jul 7, 2020 7:30 AM PHT
Agence France-Presse
Facebook Twitter Copy URL
Copied
'We must have the courage to face and endure the pain if we ever want to enjoy wholeness as a nation,' says Lazarus Chakwera in a rousing speech after receiving the sword of command from the army general Peter Namathanga 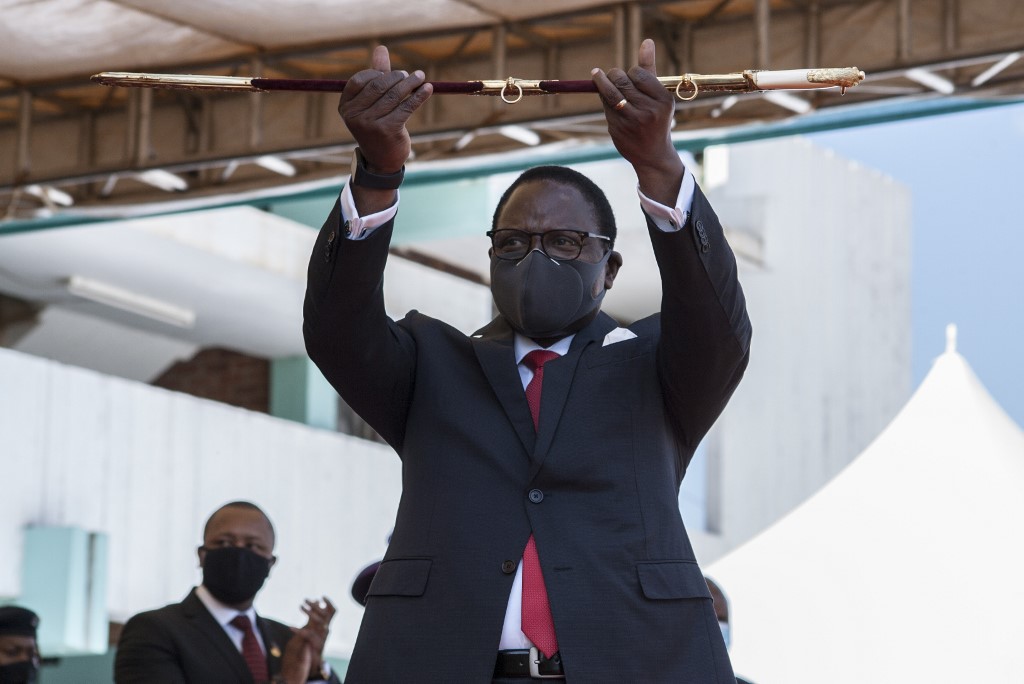 That vote was annulled by Malawi’s top court over “widespread and systematic” irregularities and a rerun election was held on June 23.

Chakwera, 65, comfortably beat Peter Mutharika with 58.5% of the vote, marking the first time in African history that an election rerun led to the defeat of an incumbent.

A triumphant Chakwera gave a rousing speech after receiving the sword of command from the army general Peter Namathanga in the capital Lilongwe on Monday.

“We must have the courage to face and endure the pain if we ever want to enjoy wholeness as a nation,” said the former evangelical preacher, who campaigned on rooting out corruption and reviving the economy of the aid-dependent southern African country.

As part of a push to curb executive power, he committed to publish a declaration of assets every year as well as address parliament over his actions.

“Before we can begin to rebuild, we must clear the rubble of corruption,” he said, also singling out “laziness,” “donor dependency,” “unprofessionalism,” “incompetence” and the “impunity” of those in power.

The inauguration, held at Malawi’s army headquarters named after founding president Hastings Kamuzu Banda, was attended by only 100 guests and coincided with the country’s 56th anniversary of independence from Britain.

Chakwera canceled planned independence day celebrations over the weekend and his inauguration ceremony was drastically scaled back following a spike in coronavirus infections.

A court blocked the previous government from imposing a full lockdown in April because it failed to announce any measures to cushion the vulnerable. – Rappler.com