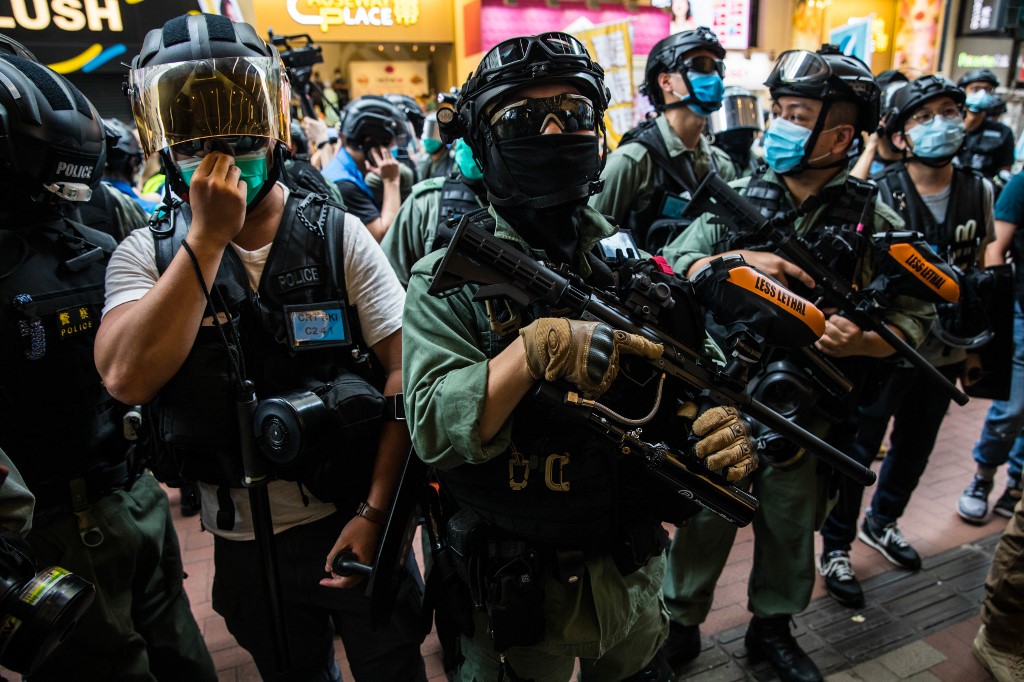 The changes were spelled out in 116 pages of guidelines released late Monday, July 6, that form part of a new law targeting subversion, secession, terrorism and foreign collusion.

Below are some of the key powers granted authorities when conducting national security investigations.

Police can now raid premises without a court-granted warrant in “exceptional circumstances”, the government said.

The guidelines specifically stated this would apply if it “would not be practicable to obtain” a warrant. The rules also apply to searches of vehicles or electronic devices.

Police now have the power to remove online content – a move that embeds unprecedented control over the internet in a city outside of China’s “Great Firewall”.

If police decide an internet user’s online post is likely to constitute or cause “an offense endangering national security,” they can order the user to delete the post, order the platform on which it was posted to remove it, or order the platform’s web host to pull the message.

This applies whether the message was posted in Hong Kong or elsewhere.

If users or providers do not follow the police order, officers can apply to a magistrate for a warrant to seize relevant electronic devices and take action to remove the message.

They can also apply for a warrant ordering people and businesses to hand over a message’s identification record or help decrypt messages.

Once someone is suspected of endangering national security, police can apply to a magistrate for a warrant ordering them to surrender their passport.

The city’s security chief can also freeze any assets deemed to be related to an offense against national security, and the justice chief can apply to the courts to order the property’s confiscation.

The city’s police chief can – with the security minister’s approval – compel political groups or agents from abroad, including Taiwan, to hand over certain information.

That includes their activities, personal details, and details on their finances and sources of income.

Any agent or group that fails to hand over the information is liable on conviction to a fine of HK$100,000 and 6 months in prison – or two years in prison if they give information which proves false.

The city’s chief executive – a pro-Beijing appointee – will have final approval on all applications for interception of communications and covert surveillance operations to do with national security cases.

Less intrusive surveillance can be approved by senior police officers.

“The authorising authority,” the government said in its statement, “has to ensure that the covert operation concerned satisfies the proportionality and necessity tests before granting the authorisation.” – Rappler.com