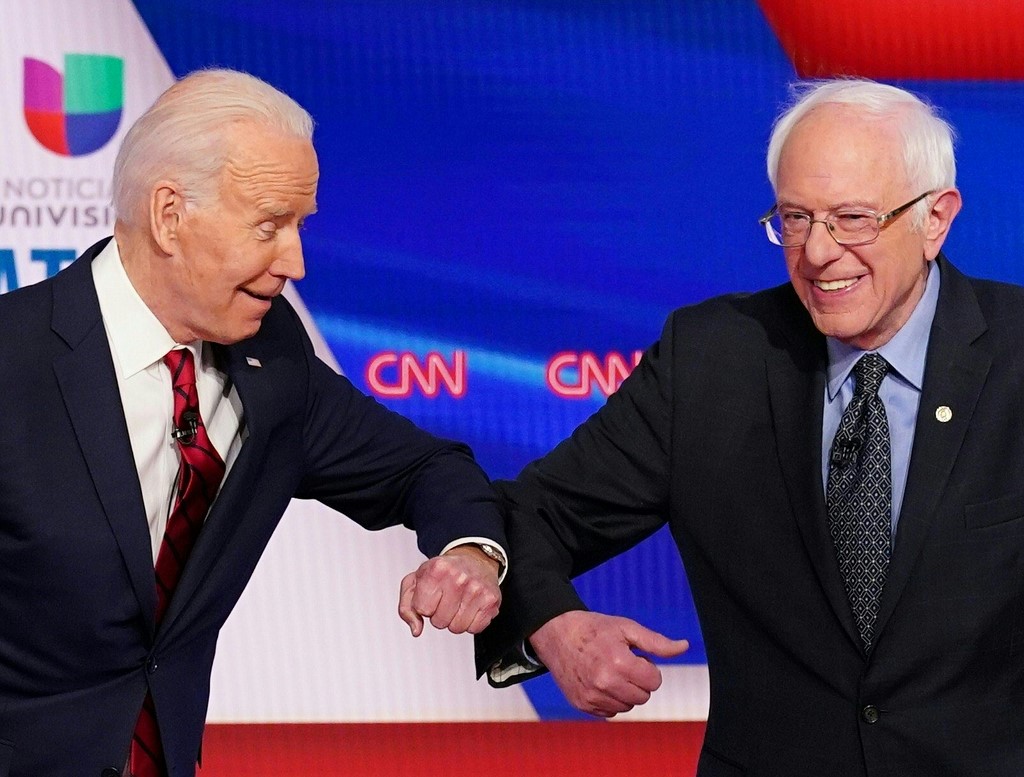 WASHINGTON, DC, USA – US presidential hopeful Joe Biden on Wednesday, July 8, unveiled proposals crafted with supporters of his progressive ex-rival Bernie Sanders as the Democratic Party prepares to release its platform at next month’s national convention.

But the proposals did not include key liberal priorities that could prove too divisive for moderate voters in November, like a single-payer health care system, a so-called Green New Deal on environmental policy or abolishing Immigration and Customs Enforcement (ICE).

Biden, who will face President Donald Trump in the election, commended the task forces for “helping build a bold, transformative platform for our party and for our country.” (READ: As U.S. protests rage, a tale of 2 leaders: Biden and Trump)

The recommendations include more ambitious environmental timelines than those in Biden’s initial climate proposal, such as eliminating carbon pollution from power plants by 2035.

They also include criminal justice reforms that take on added significance in the wake of the May killing of African-American man George Floyd by Minneapolis police.

The proposals home in on the coronavirus pandemic and aim to end the disadvantage that blacks, Latinos, Native Americans, and women “have suffered disproportionately due to the COVID-19 pandemic and President Trump’s recession,” and have received less than their fair share of economic relief.

The task forces on climate change, health care, the economy, immigration, education, and criminal justice reform came together in May to forge a roadmap for defeating Trump, and to engage voters who supported more progressive candidates in the primary race including Sanders and Senator Elizabeth Warren.

“Though the end result is not what I or my supporters would have written alone, the task forces have created a good policy blueprint that will move this country in a much-needed progressive direction and substantially improve the lives of working families,” Sanders said in a statement.

The effort was billed as a “unity task force,” in part to avoid the disaster of 2016 when many supporters of Sanders, who lost the Democratic primary battle to Hillary Clinton, opted to stay home rather than vote for Clinton. (READ: Biden: Trump may try to ‘steal’ election or not leave office)

That helped Trump win key battleground states like Michigan, Wisconsin, and Pennsylvania and contributed to his election victory. – Rappler.com