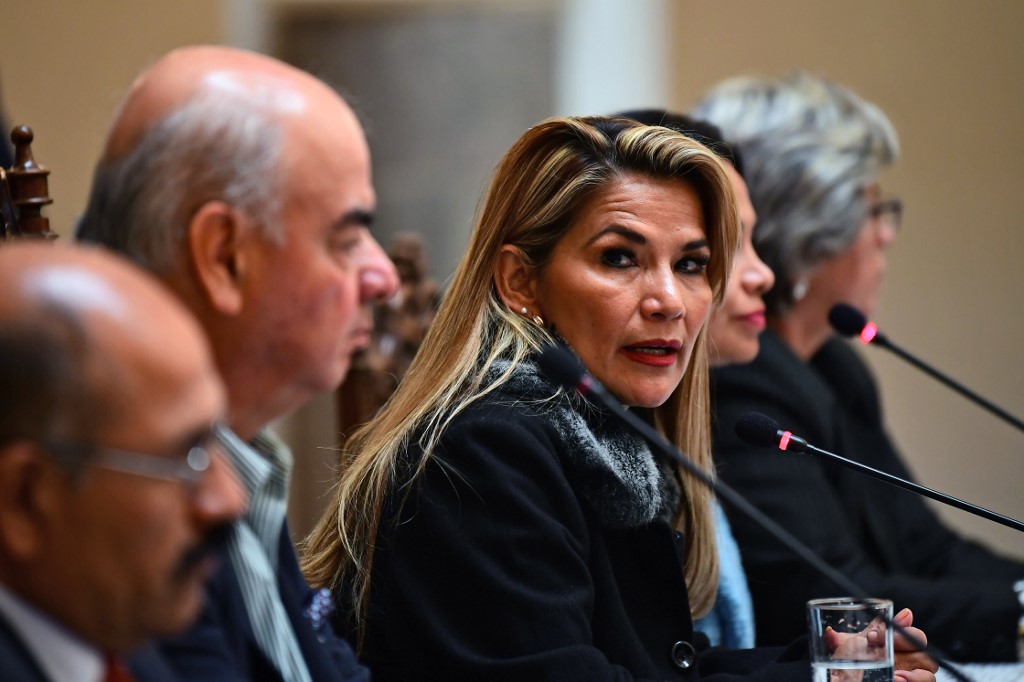 “I’ve tested positive for COVID-19, I’m fine, I will work from isolation,” she tweeted.

The 53-year-old said in a video on Twitter that she would remain in quarantine for 14 days before taking another test.

Anez becomes the second South American president in a matter of days to contract the coronavirus, after Brazil’s Jair Bolsonaro announced his positive result on Tuesday.

Four members of Anez’s cabinet had tested positive in recent days, while Senate President Eva Copa went into self-isolation on Wednesday as a precaution.

“Given many of them tested positive over the last week, I took the test and I was also positive,” said Anez.

The interim leader’s illness comes with Bolivia gearing up for a general election in less than two months, despite being in the middle of the coronavirus pandemic.

Anez initially opposed the September election, saying it should be postponed “one or two months” due to the pandemic, but eventually relented.

The conservative politician assumed the interim presidency in November after socialist former leader Evo Morales resigned and fled the country following three weeks of unrest over his controversial re-election.

Morales had stood for a potential fourth consecutive term despite the constitution limiting a president to two successive mandates.

Although he initially tried to hold onto power, he lost the backing of the armed forces after a report by the Organization of American States found evidence of election fraud in his victory.

Anez was third in the last opinion poll behind Luis Arce – the candidate for Morales’s Movement for Socialism party – and centrist former president Carlos Mesa.

“My solidarity and I hope for a speedy and complete recovery to the President @JeanineAnez,” Mesa, who was president from 2003-05, wrote on Twitter.

Bolivia, a country of 11 million, has recorded almost 43,000 coronavirus infections and more than 1,500 deaths.

The government expects there to be 130,000 cases by the time the election comes around.

More than 12 million people worldwide have contracted the virus, and almost half of those have been in Latin America and the United States. – Rappler.com