Jul 10, 2020 2:31 PM PHT
Agence France-Presse
Facebook Twitter Copy URL
Copied
The latest searches of members of the opposition come after Vladimir Putin, who has been in power for two decades, this month oversaw a controversial vote that allows him to extend his hold on power until 2036 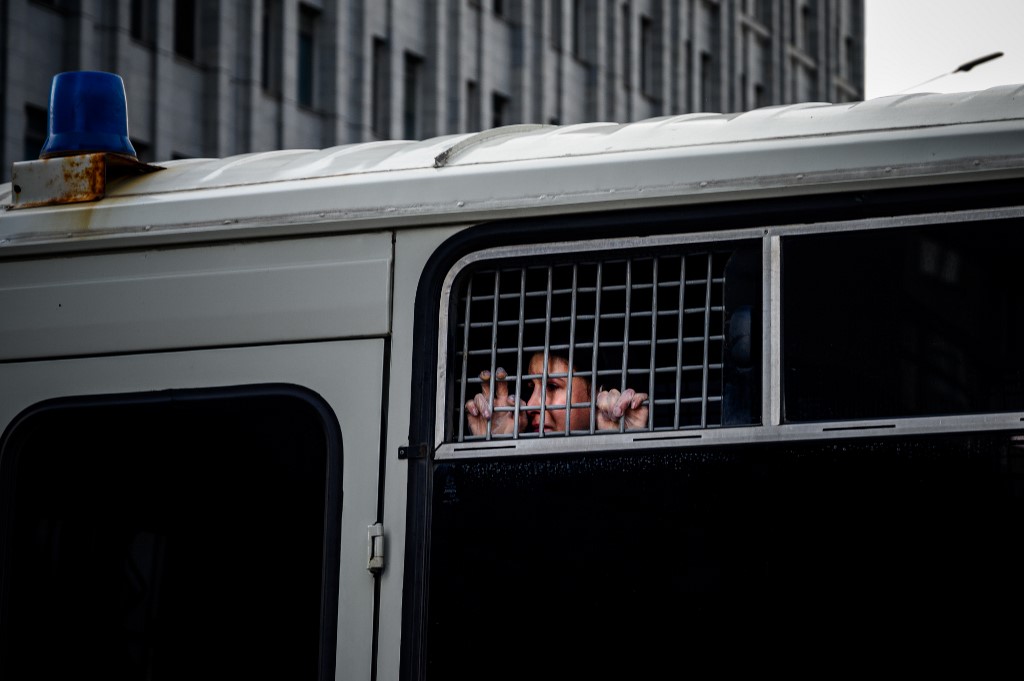 The latest searches of members of the opposition came after Putin, who has been in power for two decades, this month oversaw a controversial vote that allows him to extend his hold on power until 2036.

Galyamina has also urged supporters to take to the streets next Wednesday, July 15, for a protest against Putin’s constitutional changes that now allow him to stay in power until 2036.

She said the search at her flat lasted for more than 8 hours and she was also questioned by investigators.

“This is an attempt to intimidate us,” she told AFP. After the searches she reiterated her call on supporters to rally next week.

Investigators also searched the homes of activists of Open Russia, a movement established by self-exiled Kremlin critic Mikhail Khodorkovsky, as well as the group’s offices.

The editorial offices of MBKh Media, an outlet founded by Khodorkovsky, were also searched.

The Investigative Committee did not release an immediate comment.

Marina Litvinovich, a member of the opposition NYET (NO) campaign, also linked the searches to plans to stage the protest against the results of the constitutional reforms that the Kremlin has dubbed a “triumph”.

On Wednesday, she said, organizers received a formal notification from Moscow authorities who said staging a rally was not possible due to coronavirus restrictions.

“We believe this is all linked,” she told AFP.

Open Russia said that formally the searches were linked to the Yukos case dating back to 2003.

Yukos is Khodorkovsky’s oil company that he says was destroyed and sold off for political reasons.

Kremlin critics have dismissed this as a pretext, pointing out that one of the activists who is being targeted – a member of Open Russia, Olga Gorelik – was a minor in 2003 and could therefore not have any information on the case.

The Golos election monitoring group has described the vote on Putin’s constitutional amendments as “unprecedented” in terms of violations, saying it would go down in history as an attack on the sovereignty of the people.

In a separate development, investigators this week opened a criminal case against Pyotr Verzilov, an anti-Kremlin activist and associate of Pussy Riot punk band, for failing to notify authorities that he also has a Canadian passport.

On Thursday, 32-year-old Verzilov said investigators ordered him to undergo a psychiatric evaluation after he was questioned.