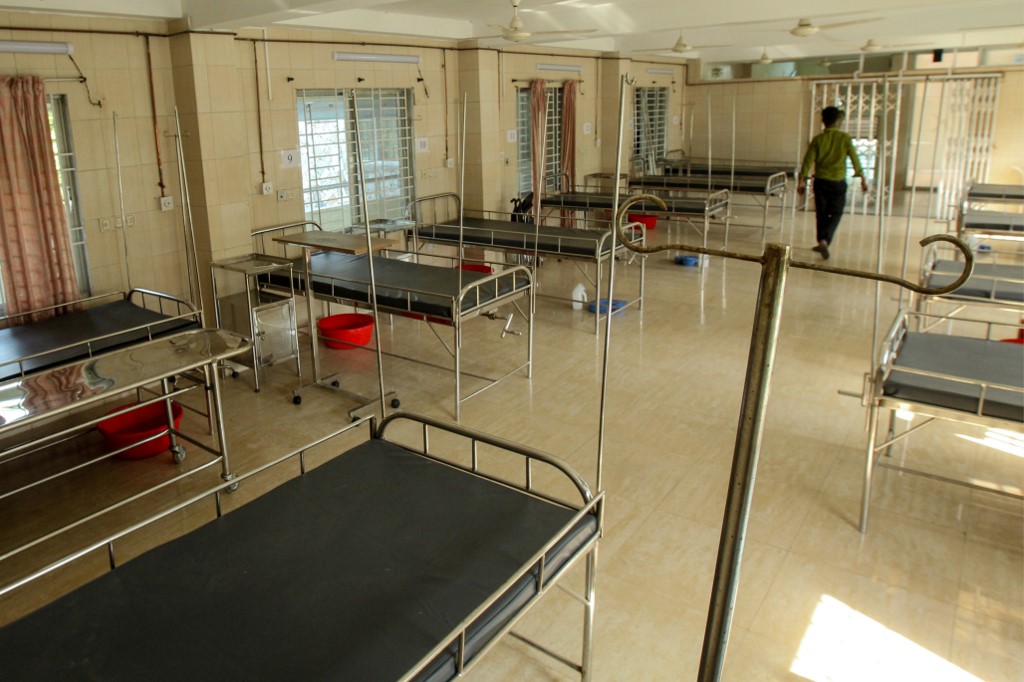 DHAKA, Bangladesh – Thousands of beds for coronavirus patients in Bangladesh are lying empty despite the country struggling with a rising caseload as people are too scared to enter hospitals, officials and sufferers say.

Some patients have bluntly told health workers they would “rather die at home than die in a hospital”, an official for a medical charity told the Agence France-Presse (AFP).

Bangladesh has registered about 180,000 COVID-19 infections, and around 3,000 new cases are being added each day, while the death toll stood at 2,275 by Friday.

But medical experts say the real figures are likely much higher because so little testing has been carried out.

In the capital Dhaka, about 4,750 of 6,305 beds set aside for coronavirus patients are not being used, the government’s health department acknowledged.

At a new 2,000-bed field hospital especially built to fight the pandemic, only about 100 patients are inside.

Authorities in the second city of Chittagong, which has emerged as a virus hotspot, say only half of its dedicated hospital beds are currently filled.

The two cities have a combined population of 25 million and account for around 80 percent of Bangladesh’s 87,000 active cases.

The health department said the beds were not being used because many sufferers were being treated at home.

“Most of the patients have mild symptoms. Adequate telemedicine services are available. That may be the reason for empty beds in hospitals,” department deputy head Nasima Sultana told AFP.

The number of beds had been boosted in anticipation of extra cases, she added.

But health experts and virus sufferers say people are worried about the level of care they would receive in a public hospital.

“They told us they would rather die at home than die in a hospital,” a senior official for the Al Manahil charity in Chittagong, which provides ambulance and burial services, told AFP.

A survey of more than 80,000 people carried out with United Nations backing found 44 percent of Bangladeshis were “too scared” to even call the government’s COVID-19 helpline. Many feared being taken to hospital if testing positive.

Bangladesh’s public hospitals are not “patient friendly”, according to Rashid e Mahbub, head of the Bangladesh Health Rights Movement.

“A negative perception has been created and that is prompting many patients to stay at home. Few people can afford the expensive private hospitals.”

Only people with serious respiratory problems go to public facilities, said the activist.

“A significant number of COVID-19 patients are dying at home.”

A woman who was among eight members of her family to contract the virus said all of them had stayed home.

Even when her mother’s breathing fell to “danger levels”, the family did not send her to a hospital and instead rented oxygen cylinders, the woman told AFP, speaking on condition of anonymity due to the nature of her job.

“We heard the doctors and nurses don’t come near patients for fear of being infected,” she said.

Bangladesh hospitals had a poor reputation even before the pandemic, with more than 500,000 people travelling to India last year for treatment, according to official figures.

Thousands of wealthier Bangladeshis go to Thailand or Singapore for check-ups, but with the pandemic hitting international travel, they have been unable to leave the country. – Rappler.com