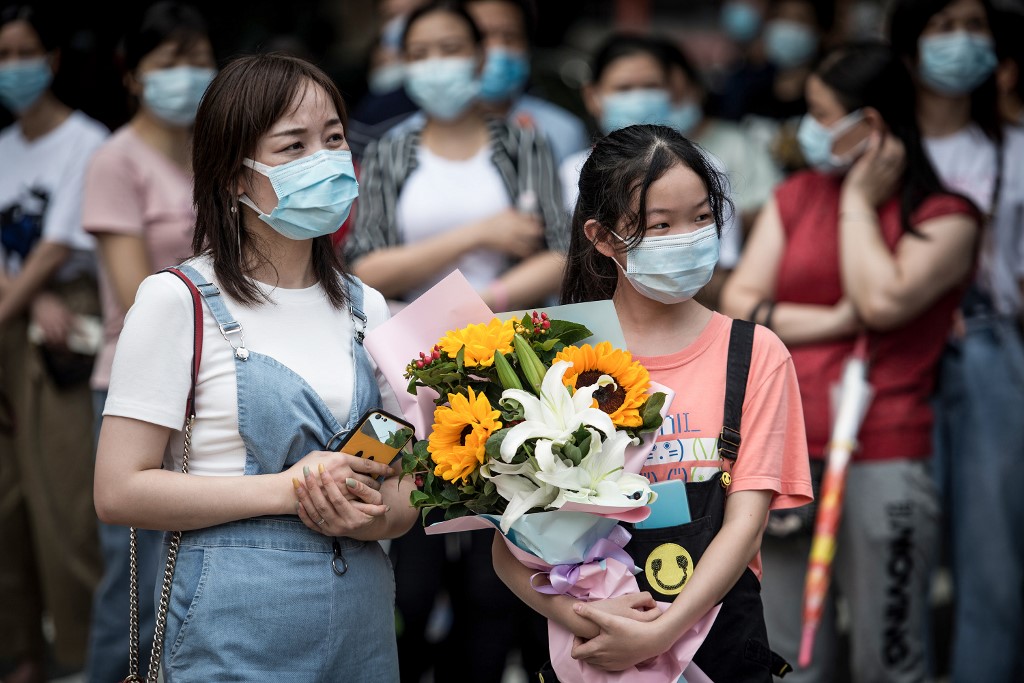 Officials in the eastern province of Shandong said a two-year investigation had found more than 280 people involved in stealing the identities of students sitting the “gaokao”.

The announcement prompted public outcry and Chinese lawmakers to vow a crackdown on corruption in the sector.

Gaokao is typically the most stressful point of a student’s life, where a high score can drastically improve the future prospects of poor students in rural areas.

Nearly 11 million candidates sat this year’s exam, which had been delayed for a month due to the coronavirus epidemic.

While fraud is a persistent problem in the country of 1.4 billion people where competition for the relatively few places in the top universities is fierce, the scale of the Shandong scandal has left many shocked.

Most of the cases pre-dated 2006 and officials blamed poor ID verification methods at the time for the failure to detect the cheating.

So far 46 people have been punished, the Shandong government said without providing details.

Among the victims was Gou Jing, who wrote on social media network Weibo that her former teacher’s daughter stole her identity in 1997.

Normally a high-achiever, Gou said she got a poor mark on the exam and as a result became a migrant worker, while the other student went to college in Beijing and became a teacher.

Gou said she was not sure how her identity was stolen but suspects her score was given to the other student or that the imposter used a fake ID card with her name to enter the exam hall.

The government said the imposter has been stripped of her academic qualification and fired from her job.

“At the time, I didn’t have the wisdom or experience to suspect that people would dare mess with gaokao scores — I couldn’t even imagine the possibility,” Gou told Phoenix News.

Gou said on Weibo that the teacher sent her a handwritten letter of apology in 2003, and for years afterwards she struggled to come to terms with the news.

“Impersonation is abhorrent, and the crimes of malfeasance and bribery involved in the process of fraud should be investigated as well,” she said.

“If any links in the chain are not cleaned up, more people will become fraud victims.”

Hashtags related to the Shandong identity fraud cases, Gou’s experience and that of another former student Chen Chunxiu have racked up almost one billion views on Weibo.

While some accused Gou of exaggerating her claims, most were critical of the imposters and the government’s handling of the issue.

Gou, who reportedly works for an online children’s clothing brand, did not respond to AFP’s request for comment.

“Justice served late is not justice. If it hadn’t been for Weibo, would (officials) still have bothered to investigate?” said one post.

Chen, who also comes from a rural family, scored poorly in the 2004 exam after her identity was stolen by a classmate with family connections to the local government, according to the results of the Shandong probe that began in 2018.

She also became a migrant worker, while the other student studied at Shandong University of Technology and got a job as a local government auditor.

The imposter, another woman surnamed Chen, has been sacked from her position.

And the education ministry pledged Thursday to investigate future cases of gaokao fraud and disqualify offenders from enrolling in higher education. – Rappler.com