Jul 12, 2020 6:36 PM PHT
Agence France-Presse
Facebook Twitter Copy URL
Copied
This error 'initiated a hazard chain' that saw further errors committed in the minutes before the plane was accidentally shot down in January, says a report by the Iranian Civil Aviation Organization 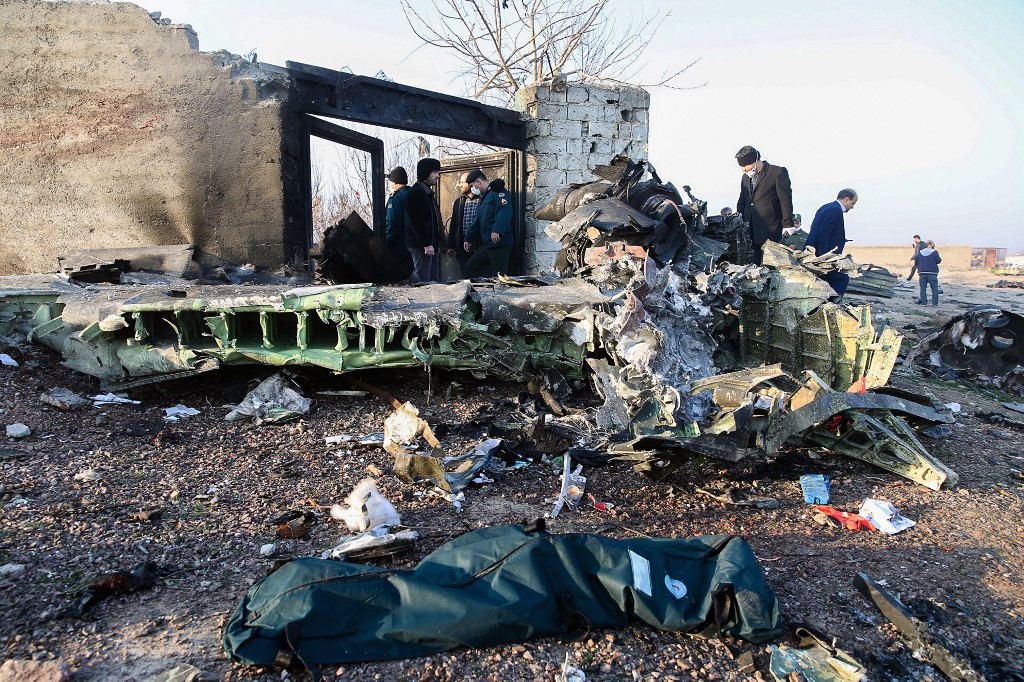 TEHRAN, Iran – Iran said that the misalignment of an air defense unit’s radar system was the key “human error” that led to the accidental downing of a Ukrainian passenger plane in January.

“A failure occurred due to a human error in following the procedure” for aligning the radar, causing a “107-degree error” in the system, the Iranian Civil Aviation Organization (CAO) said in a report on late Saturday, July 11.

This error “initiated a hazard chain” that saw further errors committed in the minutes before the plane was shot down, said the CAO document, presented as a “factual report” and not as the final report on the accident investigation.

Flight 752, a Ukraine International Airlines jetliner, was struck by two missiles and crashed shortly after taking off from Tehran’s main airport on January 8, at a time of heightened US-Iranian tensions.

The Islamic republic admitted several days later that its forces accidentally shot down the Kiev-bound plane, killing all 176 people on board.

The CAO said that, despite the erroneous information available to the radar system operator on the aircraft’s trajectory, he could have identified his target as an airliner, but instead there was a “wrong identification.”

The report also noted that the first of the two missiles launched at the aircraft was fired by a defense unit operator who had acted “without receiving any response from the Coordination Center” on which he depended.

The second missile was fired 30 seconds later, “by observing the continuity of trajectory of the detected target,” the report added.

Tehran’s air defenses had been on high alert at the time the jet was shot down in case the US retaliated against Iranian strikes hours earlier on American troops stationed in Iraq.

Those strikes were carried out in response to the killing of a top Iranian general, Qasem Soleimani, in a US drone strike near Baghdad airport. – Rappler.com