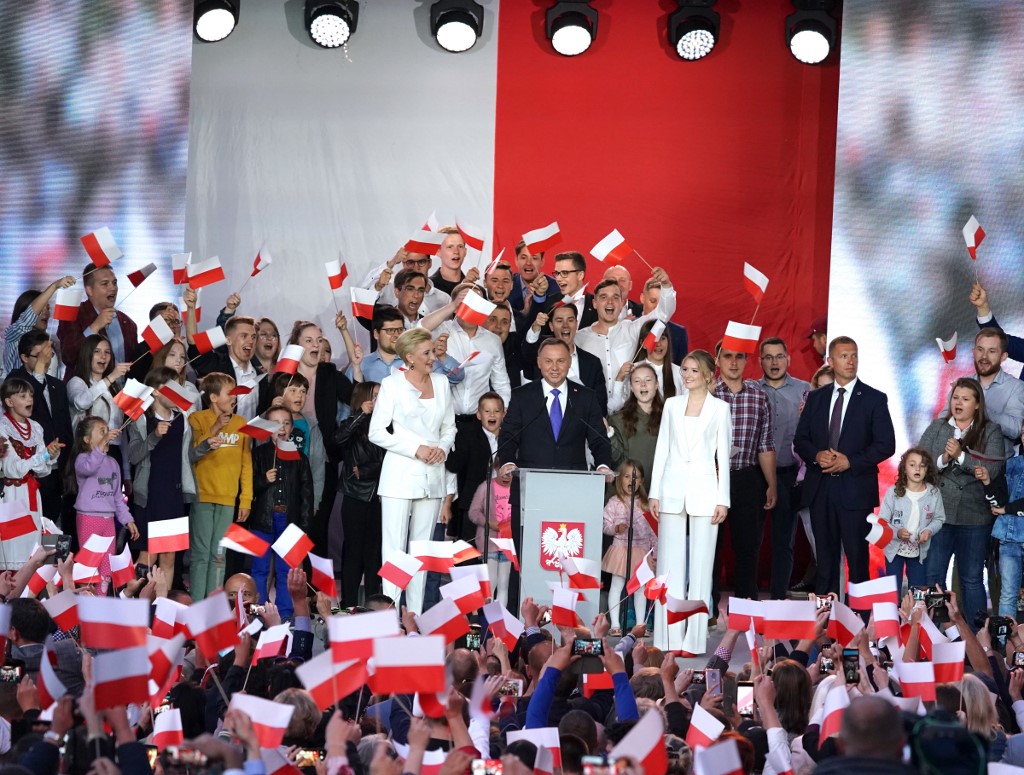 A close ally of US President Donald Trump, Duda has vowed to tighten already highly restrictive laws against abortion and has campaigned against “LGBT ideology”.

The incumbent won a new 5-year term with 51% in Sunday’s vote against 49% for Warsaw’s liberal mayor Rafal Trzaskowski, who had promised to mend ties with the European Union.

Experts said the result means the governing party, which has been criticized at home and abroad for controversial reforms of the judiciary seen as eroding democratic freedoms, will face a more confident opposition.

“Despite Trzaskowski’s defeat, his strong performance looks like a new beginning, a new dynamic for the opposition,” Andrzej Rychard, a political scientist at Warsaw University, told local media.

“We’re on the cusp of some very significant changes on the Polish political scene,” he said, adding that “Trzaskowski appears poised to lead the opposition”.

‘Poland split down the middle’

The government faces the immediate challenge of dealing with the fallout of the coronavirus pandemic, which is pushing Poland into a recession — the country’s first since the fall of communism 3 decades ago.

“Poland is split down the middle,” said Witold Orlowski, a professor at Warsaw University of Technology Business School, predicting “a very difficult period” ahead.

“On the one hand, even this slim victory is a PiS success and will allow it to continue to govern, at least technically.

“On the other hand the social and economic situation will deteriorate and a large part of the electorate will blame the PiS,” Orlowski said.

On the foreign policy front, experts said Duda’s close ties with Trump could also spell trouble ahead if the US president fails to win re-election in November.

Duda’s support was particularly strong in rural areas and small towns and in the east of the country, while Trzaskowski has performed well in larger cities and western regions on the border with Germany.

“The result of these elections is a Poland divided in two with a not-so-rosy future, as it will be difficult to ease the division and to restore the relationship between the two sides,” analyst Kazimierz Kik told AFP.

The election had been due to be held in May but was delayed because of the coronavirus pandemic. Its fallout is pushing Poland into its first recession since communism fell three decades ago.

The incumbent won round one on June 28 with 43.5% against 10 challengers, including Trzaskowski who came in second with 30.4% and had campaigned hard to sway voters who backed other opposition candidates.

Four days before the first round, Duda became the first foreign leader to visit the White House since the start of the pandemic and received praise from Trump for doing an “excellent job”.

Ahead of Sunday’s vote, PiS Justice Minister Zbigniew Ziobro characterised it as “a clash of two visions of Poland, the white-red and rainbow-coloured,” referring to the colours of Poland’s national flag and the symbol most widely used by the LGBT community.

Duda has railed against “LGBT ideology”, likening it ot a new form of communist brainwashing, and has vowed to change the constitution during his second term to rule out adoptions by same-sex couples. – Rappler.com