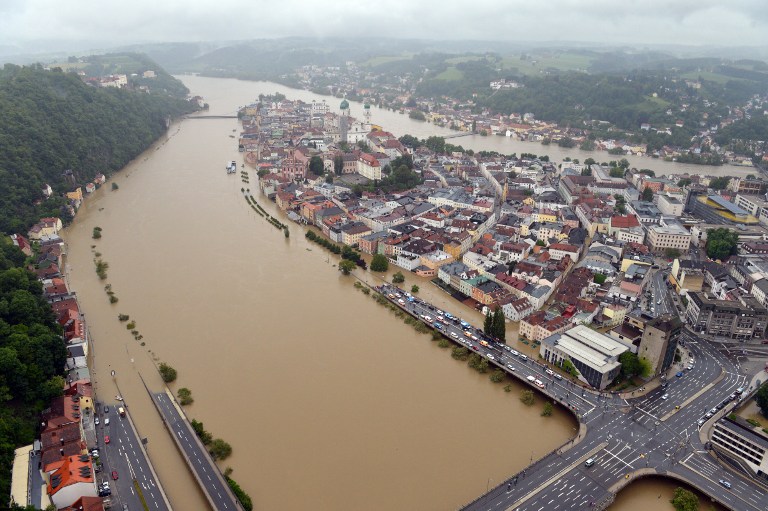 WASHINGTON, USA – The World Bank on Wednesday, June 19, warned that severe hardships from global warming could be felt within a generation, with a new study detailing devastating impacts in Africa and Asia.

The report presents “an alarming scenario for the days and years ahead — what we could face in our lifetime,” said World Bank President Jim Yong Kim.

“The scientists tell us that if the world warms by two degrees Centigrade (3.6 degrees Fahrenheit) — warming which may be reached in 20 to 30 years — that will cause widespread food shortages, unprecedented heat waves, and more intense cyclones,” he said in a statement.

An update of the Bank’s November “Turn Down the Heat” climate report, the Potsdam Institute for Climate Impact Research and Climate said there was evidence in the past seven months that previous projections for greenhouse gas emissions had been too low.

Now, it said, there was a growing chance that warming will reach or exceed four degrees Celsius in this century “in the absence of near-term actions and further commitments to reduce emissions.”

The United Nations has proposed the goal of limiting global warming to two degrees Celsius from pre-industrial levels, setting for the first time measurable targets to curb greenhouse-gas emissions.

International negotiations are aimed at reaching an agreement on that limit by 2015, with the pact due to take effect by 2020.

In the report, commissioned by the World Bank, scientists from around the world focused on the risks of climate change to development in Sub-Saharan Africa, Southeast Asia and South Asia, home to some of the world’s poorest people.

They looked at the likely impacts from varying degrees of global warming in a range of areas, including agriculture, water resources, coastal erosion and vulnerability to flooding.

The report noted that the current level of warming — 0.8 degrees Celsius above the pre-industrial levels of the 18th century — already had increased drought in Sub-Saharan Africa and coastal erosion in Southeast Asia.

The impact of two-degree warming, expected by the 2040s, would have grave and sweeping consequences, it said.

Many regions would see 20% declines in water availability and, for South Asia, disturbances in the monsoon could put water and food resources “at severe risk.”

Rachel Kyte, World Bank vice president for sustainable development, said the development lender has been working with some of the world’s burgeoning cities to mitigate the risks of global warming, for example helping Manila and Ho Chi Minh City on flood mitigation.

She said the Bank was looking at a major initiative preparing cities to absorb investment for infrastructure projects that will help them deal with the impact of global warming, such as flood protection, and the report, by detailing risks, should encourage much-needed private investment.

“When the investment community understands risks, then they always flip that into an opportunity in terms of investment vehicles,” she said in a conference call.

Kyte said there was “a fundamental shift” in thinking at the World Bank that has put climate change at the heart of its development strategy.

The World Bank doubled its investment in climate adjustment to $4.6 billion in fiscal year 2012 ending June 30 from $2.3 billion the prior year, she said.

The report stressed that the risks were rising and a solution urgent, but there was a chance to avoid the worst of the crisis.

“It is not too late to hold warming near two degrees Celsius, and build resilience to temperatures and other climate impacts that are expected to still pose significant risks to agriculture, water resources, coastal infrastructure, and human health,” the report said.

Oxfam welcomed the report but said the World Bank “must ensure its own lending meets the needs of the people who are most vulnerable to climate change.”

Greenpeace pushed for the World Bank to stop funding fossil-fuels projects, which add to global warming.

“Bold action is needed from all governments, and the World Bank must lead the way by shifting all its energy financing from fossil fuels to renewables and energy efficiency,” it said. – Rappler.com