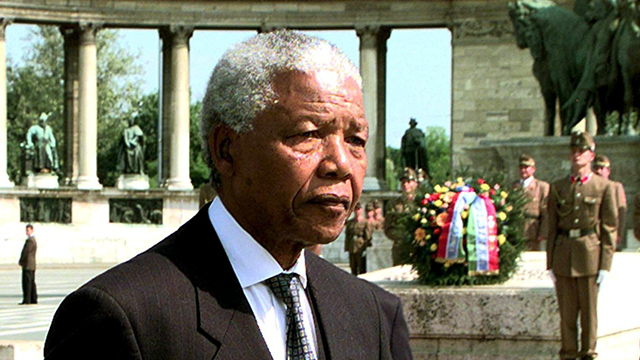 King Buyelekhaya Dalindyebo, the Xhosa king who rules the Thembu tribe to which the Mandela family belongs, accused Mandla Mandela of disgracing the family after the younger Mandela launched a nationally-televised tirade against his relatives and the king.

“Mandla has never been the legitimate heir of the Madiba family,” he told City Press newspaper, using the Mandela clan name.

“I will write to him and tell him that my wish is that he is not involved in any of the affairs,” he added.

Nelson Mandela handpicked Mandla, 39, as his successor to head the Madiba clan in 2007.

But the king himself is under fire from several chiefs who want him removed, according to South Africa’s Sunday Times.

The 59-year-old is appealing a 2009 conviction of kidnapping and culpable homicide of subjects accused of criminal acts.

Dalindyebo had previously accused Mandla of trying to usurp him, but Mandla spoke dismissively of the monarch this week.

“I don’t want to waste my time with people who obviously don’t understand issues because they are uneducated,” he said.

However, the royal family can only recommend a chief’s removal to the political government, which has the final say.

“The king can’t do so on his own and the king can’t just choose who should succeed the chief,” Zingisa Bokwe, secretary of the Eastern Cape province’s House of Traditional Leaders, told City Press.

As the 94-year-old anti-apartheid hero lies critically ill in hospital, a fierce family feud over the gravesites of his three deceased children has erupted.

Fifteen family members won a court order on Wednesday against Mandla after he moved the graves two years ago without their consent.

As the ailing Mandela approaches the end of his life, they accused Mandla of moving the graves to his homestead so that his grandfather would be buried there.

Nelson Mandela has often said he wants to be laid to rest in his childhood village of Qunu in the rural south. – Rappler.com