Jul 13, 2013 3:40 PM PHT
Facebook Twitter Copy URL
Copied
The United States has already rebuked China for allowing Snowden to leave for Russia, and Moscow would risk incurring the wrath of Washington should it dare offer him asylum 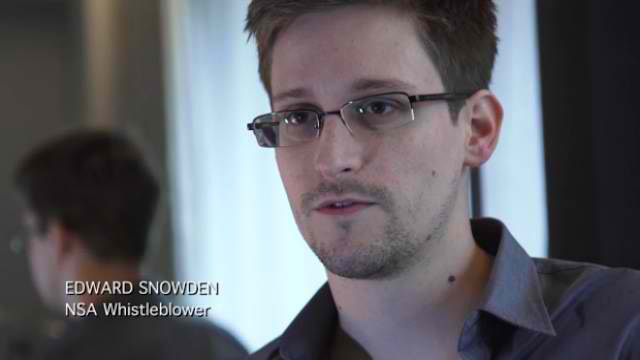 MOSCOW, Russia – Russia on Saturday, July 13, weighed whether to grant asylum to fugitive US leaker Edward Snowden after he told activists he wanted sanctuary in the country, a move that would risk further straining its ties with Washington.

Snowden on Friday dramatically summoned activists to the transit zone of Moscow’s Sheremetyevo airport where he has been marooned without a valid passport for the last three weeks after arriving on a flight from Hong Kong.

The United States wants the former National Security Agency (NSA) contractor extradited back home to face justice over his leaking of sensational details about US surveillance activities, a demand Moscow has so far rejected.

Snowden, 30, making his first publicised appearance since arriving in Moscow, told the activists he wanted to claim asylum in Russia until he could safely travel to win permanent sanctuary in Latin America.

“I ask for your assistance in requesting guarantees of safe passage… in securing my travel to Latin America, as well as requesting asylum in Russia until such time as… my legal travel is permitted,” Snowden told the activists at the meeting.

He said that the asylum request was being made Friday evening although Russian officials have yet to confirm that they have received it.

The almost surreal meeting saw the group of less than a dozen activists arrive at the airport to be surrounded by a huge crowd of journalists. They were then ushered away by an airport official clutching a sign labelled “G9” to a secure area to meet the hitherto invisible fugitive.

“He is not a phantom, he is a live human being,” commented Russian lawyer Genri Reznik after meeting Snowden, who had not been sighted before at all since arriving at the airport.

Russian state television late Friday broadcast footage shot from a mobile phone of the meeting, which showed Snowden reading out a statement while flanked by a staffer from the WikiLeaks anti-secrecy website, Sarah Harrison, and a woman interpreter.

He appeared well and spoke confidently.

“We walked in and there he was: Mr Snowden waiting for us,” said Tanya Lokshina, senior researcher at HRW in Moscow in a blog on the group’s website. “The first thing I thought was how young he looks — like a school kid.”

Curiously, Snowden had last week withdrawn a request for asylum in Russia after President Vladimir Putin insisted he could stay only if he stopped releasing information that harmed the United States.

At the half-hour meeting with activists, Snowden vowed he did not want to harm the United States but it was not clear whether this meant he was prepared to stop leaking in order to stay in Russia.

Although several leftist Latin American states have indicated a readiness to host him, Snowden said at the meeting that Western governments would prevent him from travelling there.

Snowden a ‘defender of human rights’

He referred to the denial of airspace by several European countries to Bolivian President Evo Morales’ plane as it flew back from Moscow last week, on suspicion it was carrying Snowden.

In an indication that Snowden’s new application may be viewed positively, the speaker of Russia’s lower house of parliament Sergei Naryshkin and the upper house speaker Valentina Matviyenko both swiftly said his request should be accepted.

Naryshkin, a powerful ally of Putin who used to head the Kremlin administration, said that Snowden was a “defender of human rights” who risked facing the “death penalty” if he was sent back to the United States.

Kremlin spokesman Dmitry Peskov said the conditions for Snowden claiming asylum were the same as before.

But the United States has already rebuked China for allowing Snowden to leave for Russia from Hong Kong and Moscow would risk incurring the wrath of Washington should it dare offer him asylum.

READ: US ‘very disappointed’ with China on Snowden

US-Russia ties are already strained over human rights and the crisis in Syria.

The White House urged Russia not to give Snowden a “propaganda platform” by granting him asylum and criticised Moscow for allowing him to meet rights activists at the Moscow airport.

“We would urge the Russian government to afford human rights organisations the ability to do their work in Russia throughout Russia, not just at the Moscow transit lounge,” White House spokesman Jay Carney said.

US President Barack Obama spoke to Putin by telephone Friday on issues including the Snowden affair, the Kremlin and White House both said, but no further details were forthcoming. – Rappler.com