Aug 14, 2013 9:59 PM PHT
Agence France-Presse
Facebook Twitter Copy URL
Copied
ASEAN foreign ministers, ahead of a meeting with China, agree "to speak in one voice" regarding the territorial dispute in South China Sea, while seeking an "early conclusion of a code of conduct" aimed at enhancing confidence between ASEAN and China 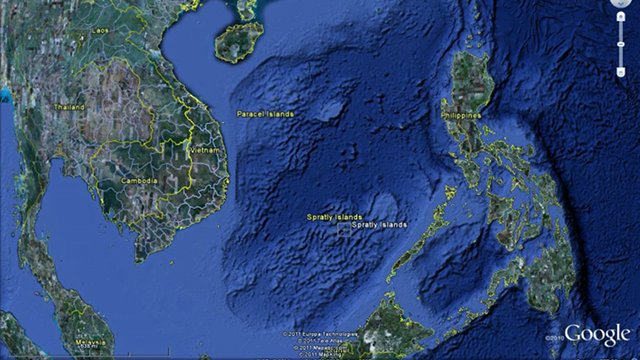 Competing claims to the sea have for decades stirred tension in the region and the waterway, which is believed to sit atop vast deposits of oil and natural gas, has long been seen as one of Asia’s potential military flashpoints.

Foreign ministers from the 10-member Association of Southeast Asian Nations agreed “to speak in one voice” while seeking an “early conclusion of a code of conduct”, a foreign ministry spokesman told AFP, without giving a timeframe.

The ministers, who held a two-day informal meeting in Thailand’s Hua Hin resort town, will meet Chinese officials in Beijing at the end of the month.

“ASEAN will have to speak with one voice and be unified. This does not mean speaking against anyone… ASEAN is united so it’s easy to discuss and talk with it,” the spokesman added.

“The code of conduct should have the objective of enhancing confidence between ASEAN and China… and preventing any untoward incidents from taking place in the South China Sea.”

ASEAN has been trying for more than a decade to secure agreement from China on a legally binding code of conduct.

China claims nearly all of the sea, even waters approaching the coasts of neighbouring countries. It has resisted agreeing to the code, wary of giving any concessions that may weaken its claim.

Last year Cambodia, a staunch ally of China and ASEAN‘s chair at the time, had refused to endorse a Philippine push for a tougher line with Beijing on the issue.

On Wednesday Cambodia’s deputy prime minister agreed to the unified ASEAN position on the code, the Thai spokesman said after the two-day discussions ended.

ASEAN members the Philippines, Vietnam, Brunei and Malaysia, as well as Taiwan, also claim parts of the sea.

China has refused to upgrade a 2002 “declaration of conduct” into a legally binding code, instead preferring to negotiate individually with each country.

The Philippines and Vietnam have in recent years accused it of increasingly aggressive actions to exert claims to the sea.