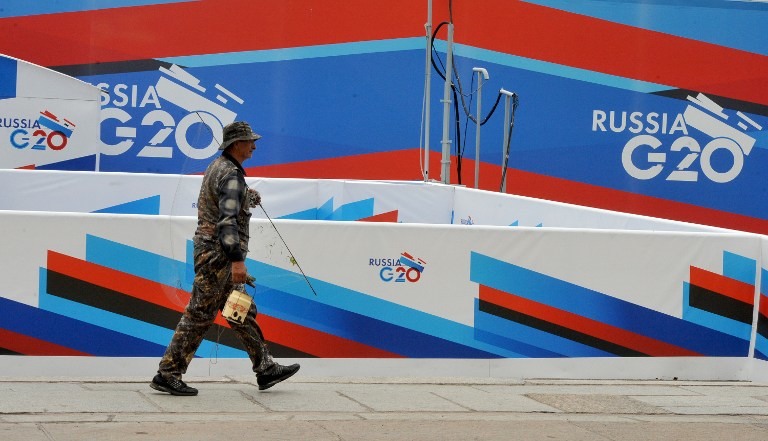 SAINT PETERSBURG, Russia – G20 leaders warned on Friday that global economic recovery is too weak, with the risk of a further slowdown and some emerging markets showing particular fragility.

And they backed a “Saint Petersburg action plan” to boost growth and employment.

In a reference to concerns by emerging markets about the tapering of stimulus programmes, they vowed that future changes to monetary policy settings will be “carefully calibrated and clearly communicated”.

“Despite our actions, the recovery is too weak, and risks remain tilted to the downside,” the leaders said in their final communique after their two-day meeting in Saint Petersburg shadowed by the Syria crisis.

“Global growth prospects for 2013 have been marked down repeatedly over the last year, global rebalancing is incomplete, regional growth disparities remain wide, and unemployment, particularly among youth, remains unacceptably high,” the statement said.

While there are signs of recovery in the euro area and growth has continued in emerging market economies, it has slowed down in developing countries, it added.

The statement appeared to recognise the need for central banks such as the US Federal Reserve eventually to end their monetary easing policies.

“We remain mindful of the risks and unintended negative side effects of extended periods of monetary easing,” it said.

But it also added: “Our central banks have committed that future changes to monetary policy settings will continue to be carefully calibrated and clearly communicated.”

In a meeting dogged by differences over the conflict in Syria, the leaders of the world’s top developed and emerging nations put an unified emphasis on growth and job creation.

“Our most urgent need is to increase the momentum of the global recovery, generate higher growth and better jobs, while strengthening the foundations for long-term growth,” the communique said.

Countries should also avoid “policies that could cause the recovery to falter or promote growth at other countries’ expense.

The currencies of Brazil and India have been under serious pressure due to expectations that the US Fed will taper its stimulus programme while growth has been slowing even in China’s powerhouse economy.

“There is a growing consensus about what needs to be done,” he said.

“Jobs are the key,” added British Prime Minister David Cameron at a session on the labour market. “Jobs are what the citizens want to see,” he added.

Host Russian President Vladimir Putin said at the second plenary session of two-day meeting that the priority for the G20 had to be to tackle the most acute problems of youth unemployment and long-term structural unemployment.

“The task of investing in economic growth and the creation of jobs is at the top of the G20 agenda this year,” he said.

Putin told the opening session of the summit on Thursday that while the world’s economic problems were less sharp than a year ago when the euro zone debt crisis was at its peak “it is however too early to relax”.

He said he shared the concern about the unwinding of stimulus programmes like that of the US Fed which had helped emerging markets to prosper.

“But such a policy of handing out free money, and we understand this well, cannot last forever,” Putin said.

The US stimulus freed up money that investors then ploughed into emerging markets. But now the risk that this liquidity may recede is triggering major outflows and sharply depreciating emerging market currencies.

The BRICS group of the world’s leading emerging markets — Brazil, Russia, India, China and South Africa — at a mini summit ahead of the G20 urged the United States on Thursday to show caution in any tapering of its economic stimulus.

French Economy and Finance Minister Pierre Moscovici told AFP that compared to previous meetings that were dominated by the eurozone crisis “today the emphasis is being placed on growth and employment”.

He said that “what the G20 wants to create here are the conditions for a consistent recovery,” adding that the meeting had been more consensual than in the past. – Rappler.com