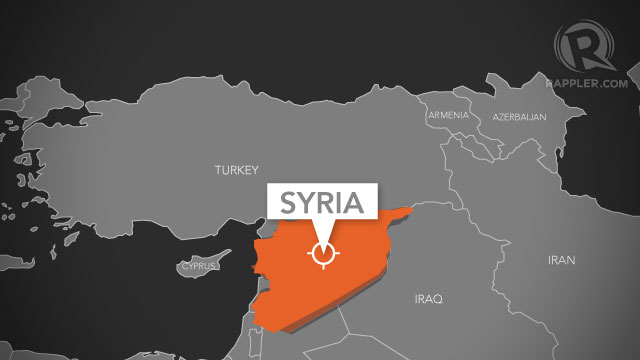 BAGHDAD, Iraq – Iraq’s most senior Sunni politician cautioned against possible US-led strikes against Syria on Sunday, September 8, warning they would “ignite a fire” in the Middle East that could spread across the region.

The remarks were a rare criticism by a Sunni Arab leader of the potential strikes, currently being pushed by the White House against Damascus over an alleged chemical weapons attack last month.

“The military strike will not be beneficial towards Syria and will ignite a fire that will possibly extend to Iraq and nearby countries,” said parliament speaker Osama al-Nujaifi, the country’s most high-profile Sunni Arab politician.

Nujaifi said that he and Prime Minister Nuri al-Maliki, a Shiite, were agreed that “a strike against Syria is not useful.”

“It will be a factor for more fire (in the Middle East) and there will probably be a reaction to this,” he continued. “Iraq is not ready to be part of it, and is calling for everybody to move towards a peaceful solution.”

Baghdad has sought to publicly avoid taking sides in the civil war between Syrian President Bashar al-Assad and rebels seeking his ouster, but the conflict has spilled over the border on several occasions, and has amplified divisions between Iraq’s Sunni and Shiite communities.

Rebels fighting Assad are overwhelmingly Sunni, while the president hails from the Alawite sect, which is an offshoot of Shiite Islam. – Rappler.com