Google co-founder: Internet freedom in danger more than ever 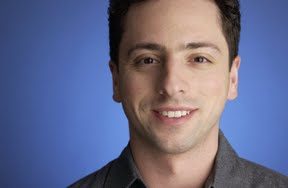 MANILA, Philippines – Google co-founder Sergey Brin warned that freedom in the Internet is under threat by censorship and widespread restrictions by companies such as Facebook and Apple.

“I am more worried than I have been in the past,” he told The Guardian in an exclusive interview, published Monday, April 16.

He cited “very powerful forces” that are underpinning Internet freedom, such as government censorship and what he called “restrictive” policies of tech giants.

In the Guardian interview, Brin, who co-founded the search giant with Larry Page, said that at first he believed censorship and cyber-attacks won’t be effective, but said he was proven otherwise by governments such as China’s.

Another area of concern he cited was the restrictions imposed by big Internet companies on its users, due to the proprietary platforms and access controls.

He singled out 2 of his main competitors, Facebook and Apple. “You have to play by their rules, which are really restrictive…Once you get too many rules, that will stifle innovation,” Brin was quoted as saying.

Brin also claimed that Google would not have survived in today’s climate due to the control that Facebook, which is due for a mammoth stock market flotation, exerts over the Internet.

He also lashed out at the entertainment industry’s continued lobby against online piracy, specifically criticizing their support for the controversial Stop Online Piracy Act (SOPA) and PIPA bills, now nearly dead in the US Congress after online protests.

Google is among the companies that participated in the web blackout last January, in protest of the said bills.

He told The Guardian that people will always go through the path of least resistance when getting content — a concept which, he said, isn’t understood by the industry.

“[When] you have to jump through all these hoops [to buy legitimate content], the walls created are disincentives for people to buy,” the Silicon Valley pioneer said.

He also addressed widespread concern over their own company’s use of data, telling the paper that they are doing “everything possible to protect the data.”

Meanwhile, dissident artist Ai Weiwei warned the Chinese government that its attempts to censor the Internet would inevitably fail, in an article also published in The Guardian on Monday, April 16.

Ai, who was held for 81 days last year as police rounded up dissidents amid online calls for Arab-style protests in China, wrote in the British newspaper that new “real identity” rules to curb troublesome microbloggers would only “push the problem to the next generation.”

“In the long run, they (the government) must understand it’s not possible for them to control the Internet unless they shut it off — and they can’t live with the consequences of that,” he wrote.

“The people will always have the last word — even if someone has a very weak, quiet voice. Such power will collapse because of a whisper.

The interviews are part of the British paper’s series on the “Battle for the Internet,” which, in turn, comes as the tug-of-war between governments, companies, activists and users continue on the issue of freedom online. – With a report from the Agence France-Presse