Sep 30, 2013 12:06 AM PHT
Agence France-Presse
Facebook Twitter Copy URL
Copied
The prime ministers of India and Pakistan agreed in talks to reduce violence over their disputed border in Kashmir 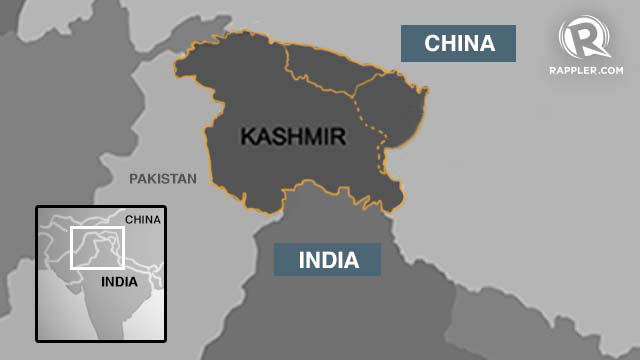 NEW YORK CITY, USA – The prime ministers of India and Pakistan agreed in talks Sunday, September 29, to reduce violence over their disputed border in Kashmir, an Indian official said.

“Both agreed that the precondition for forward movement in the relationship, which they both desire, is really an improvement of the situation on the LoC,” Indian national security adviser Shivshankar Menon told reporters, referring to the Line of Control in the Himalayan territory.

Menon said that Indian Prime Minister Manmohan Singh and his Pakistani counterpart Nawaz Sharif, in talks on the sidelines of the UN General Assembly, decided to task senior military officers to “find effective means to restore the ceasefire.”

The talks come after militants raided an army base on the Indian side of Kashmir on Thursday, killing 10 people in an attack seen as aimed at holding back reconciliation efforts between the historic rivals.

Menon said that Sharif also promised “there would be action” on punishing extremists linked to the 2008 raid on the Indian city of Mumbai, which killed 166 people.

Menon said the talks were friendly, but added: “As for how useful and productive the meeting was, I think the only proof will be in the months to come.”

Sharif, in his first talks with Singh since sweeping to power in May, has appealed for the two countries to improve their historically tense relationship. – Rappler.com