MANILA, Philippines – Time magazine calls their 100 most influential list as “people who inspire, entertain, and challenge us and change our world.” But how influential are these people on social media?

Social media has allowed people from any walk of life to expand their influence. Now, more than ever, it is easier to reach out to a huge number of people to share insights and encourage action.

Klout, a site dedicated to measuring online influence, allows us to see how the people in Time‘s list have made an impact throught social networking sites.

Klout score of new entrant on Time‘s list Jeremy Lin surged from 57 to 84 when he sparked a global frenzy, thanks largely to his stellar play in the National Basketball Association (NBA) and his ethnicity. Lin is one of 6 athletes who made it to Time’s list this year.

US President Barack Obama, undeniably one of the world’s most influential people, scored 92 on Klout but is eclipsed by Canadian Pop phenom Justin Bieber whose Klout score is a whopping 100. Other high scorers are popstars Rihanna with 95 and Lady Gaga with 94. 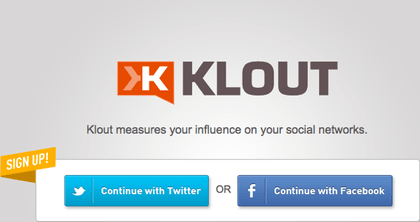 The average Klout score of people in Time‘s list is 62. This, of course, excludes people who have no presence online. Notably Manal al-Sarif — a woman jailed for driving in Saudi Arabia where it is illegal for women to drive, and Samira Ibrahim, who strongly stood up against compulsory virginity tests in Egypt.

Klout says this year’s list of the 100 most influential people “speaks volumes to the shift of the web from pages to people, and the profound effect this has on influence.” And their goal is to “help every person understand and unlock their influence.”

Have you checked your Klout score yet? How influential do you think you are? How are you using your influence? Let us know. – Rappler.com