Feb 1, 2014 12:05 AM PHT
Agence France-Presse
Facebook Twitter Copy URL
Copied
The former basketball star offered to take the place of an imprisoned US missionary in North Korea, as he spoke publicly for the first time from a rehab facility 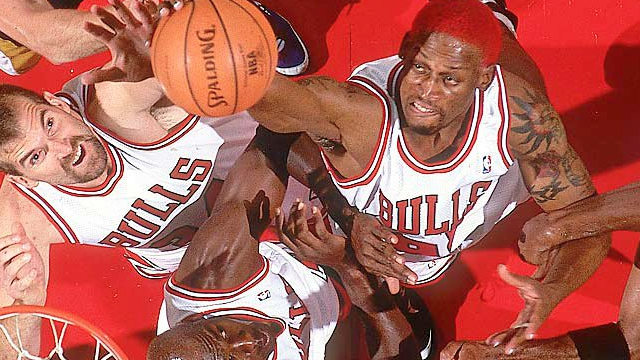 WASHINGTON, USA – Former basketball star Dennis Rodman offered Friday, January 31, to take the place of an imprisoned US missionary in North Korea, as he spoke publicly for the first time from a rehab facility.

Rodman, 52, appeared on CNN television’s “New Day” program less than a month after his fourth trip within 12 months to North Korea where he sang “Happy Birthday” to its supreme leader Kim Jong-Un, who he calls a personal friend.

He said he felt for the family of Kenneth Bae, arrested in November 2012 and later sentenced to hard labor for allegedly importing “inflammatory” material as a Christian evangelist.

“I feel for them deeply,” he said.

“Like I said I will do anything, literally anything — this is Dennis Rodman talking — if they say, ‘We’ll take Dennis Rodman and let Kenneth Bae go,’ straightaway, take me.”

Upon leaving North Korea earlier this month, Rodman prompted outrage when he suggested that Bae was responsible for his own fate. He later apologized and blamed alcohol for his remarks.

Asked on CNN on Friday if he wanted to apologize to Bae’s family, the eccentric National Basketball Association veteran replied: “I don’t know the Bae family.”

Rodman, who checked into a rehab facility in New Jersey upon his return to the United States, also spoke of his alcoholism, stating: “I’ve always been a party animal (and) the reason I drink is because I’m bored.”

“I look at him as that because he gave me the opportunity to at least come in to the country of North Korea to bring a basketball team, to show the world, just show the world that we can actually get along.”

Rodman added he was “not a traitor” for paying repeat visits to a country that the United States regards as a major threat to regional security in the Asia-Pacific region.

“I’ve never been a traitor,” he said. “I want to make people happy in the world… My intentions are not bad intentions. I want people to understand that.”

Kim is reported to be a huge fan of basketball and especially of the Chicago Bulls, with whom Rodman won three NBA titles alongside Michael Jordan in the 1990s. – Rappler.com