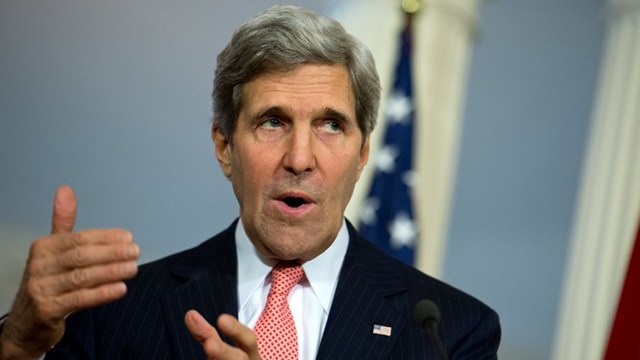 BERLIN, Germany – US Secretary of State John Kerry acknowledged Friday, January 31, that relations with Germany had gone through a “rough period” over NSA snooping but said that shared interests would help put ties back on track.

“I want to say to the German people that it’s no secret that we’ve been through a rough period,” Kerry told reporters.

Asked whether the US administration would sign a no-spying agreement that Germany has demanded in the wake of the scandal, Kerry said only that Merkel and US President Barack Obama were in “consultations” on the issue.

“The consultations will continue between our intelligence services,” he added.

Kerry said the United States was “committed to privacy”.

“We absolutely share a commitment to try to put this behind us in an appropriate way,” he said.

Kerry, who will also attend an international security conference in Munich, said the US and Germany had “a long history of great cooperation on complicated issues like counterterrorism, national security and defence” which would continue by necessity.

Merkel angrily confronted Obama with the allegations when they emerged in October but played down the issue in her public remarks during Kerry’s visit Friday.

She told reporters ahead of their meeting that she and Kerry would discuss the NSA issue “openly, even if there are differences”.

“That will be the case today and of course we won’t be able to resolve all of those differences yet,” she said.

The dispute has threatened to derail negotiations on a sweeping transatlantic free trade agreement known as TTIP.

Merkel, however, has resisted tying the issue to the surveillance questions and spoke of “progress” in negotiations on the deal “which are of great importance to Germany as an export nation”.

Kerry noted Germany’s leading role in grappling with the crisis-hit countries of the eurozone and said TTIP could be “the road to that improved economy for all of us”. – Rappler.com