Feb 1, 2014 8:07 AM PHT
Agence France-Presse
Facebook Twitter Copy URL
Copied
The New York Times and The Wall Street Journal report that a former local official claimed that the order to close access lanes to the bridge came from the Christie admin 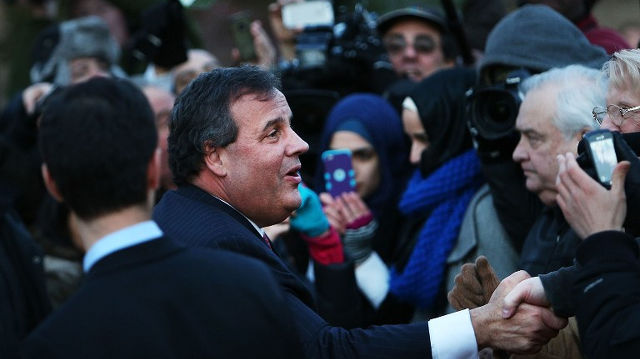 NEW YORK, USA – New Jersey Governor Chris Christie knew more than he has admitted about a plot to close bridge lanes to spite a rival, US media reported Friday, January 31, in a new threat to his White House hopes.

Christie, whose office denied the latest claims, is a Republican Party frontrunner for the 2016 White House race, but his image as a blunt-spoken man of the people has been threatened by the widening Bridgegate political dirty tricks scandal.

In the latest twist, The New York Times and The Wall Street Journal reported that a former local official claimed that the order to close access lanes to the bridge came from the Christie administration.

David Wildstein, a former senior Port Authority official who knew Christie in high school, also said that the governor was aware of the lane closures as they took place and caused traffic chaos.

“Evidence exists… tying Mr Christie to having knowledge of the lane closures, during the period when the lanes were closed, contrary to what the governor stated publicly in a two-hour press conference,” Wildstein lawyer Alan Zegas said in the letter to the Port Authority.

Wildstein personally oversaw the bottleneck, which was allegedly triggered deliberately in order to punish a local mayor who had failed to endorse Christie’s re-election campaign.

“Mr Wildstein contests the accuracy of various statements that the governor made about him and he can prove the inaccuracy of some,” Zegas added in the letter.

Christie’s office promptly denied the claim. It has previously denied knowing of the closures, but admitted that aides may have ordered them for political reasons. (READ: Christie ‘blindsided’ by bridge scandal, fires aide)

“He had absolutely no prior knowledge of the lane closures before they happened and whatever Mr Wildstein’s motivations were for closing them to begin with,” Christie’s office said in a statement.

The governor “had no indication that this was anything other than a traffic study until he read otherwise the morning of January 8. The governor denies Mr Wildstein’s lawyer’s other assertions.”

On January 9, Christie said he had been “embarrassed and humiliated” by the alleged dirty tricks and announced that he had sacked his deputy chief of staff “because she lied to me.”

As a result of the closures, local commuters faced massive traffic jams in Fort Lee, New Jersey for 4 days in September.

Christie insisted he had been unaware of any political motive behind the action until the release of emails from his aides.

He went to Fort Lee to apologize “face to face” to its Democratic Mayor Mark Sokolich, who apparently drew the wrath of Christie aides over his refusal to back the governor during his re-election run last year.

The mayor says he was not advised the lanes would be closed for what was said to be a traffic study. The resulting chaos ensnared millions of commuters as well as some emergency responders.

On September 10, Wildstein texted Christie’s since sacked deputy chief of staff that he was “smiling” about the incident but “I feel badly about the kids,” referring to students stuck for hours on buses.

“They are the children of Buono voters,” she texted back, referring to Christie’s Democratic rival in the governor’s race, Barbara Buono.

Wildstein resigned from the Port Authority in December.

Under subpoena, he appeared at a New Jersey inquiry but refused to answer questions on the grounds that he might incriminate himself, leading lawmakers to hold him in contempt. – Rappler.com