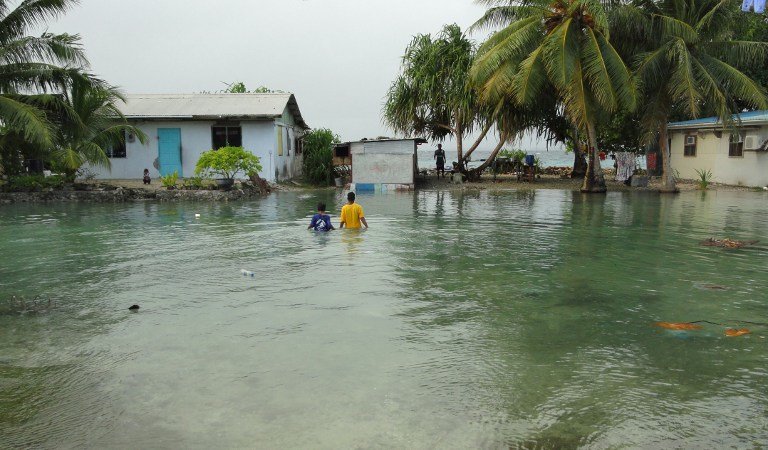 PARIS, France – UN scientists are set to deliver their darkest report yet on the impacts of climate change, pointing to a future stalked by floods, drought, conflict and economic damage if carbon emissions go untamed.

A draft of their report, seen by Agence France-Presse, is part of a massive overview by the Intergovernmental Panel on Climate Change (IPCC), likely to shape policies and climate talks for years to come.

Scientists and government representatives will meet in Yokohama, Japan, from Tuesday, March 25, to hammer out a 29-page summary. It will be unveiled with the full report on March 31.

“We have a lot clearer picture of impacts and their consequences… including the implications for security,” said Chris Field of the United States’ Carnegie Institution, who headed the probe.

The work comes 6months after the first volume in the long-awaited Fifth Assessment Report declared scientists were more certain than ever that humans caused global warming.

The draft warns costs will spiral with each additional degree, although it is hard to forecast by how much.

Warming of 2.5 C over pre-industrial times – 0.5 C more than the UN’s target – may cost 0.2-2.0% of global annual income, a figure that could amount to hundreds of billions of dollars each year.

“The assessments that we can do at the moment probably still underestimate the actual impacts of future climate change,” said Jacob Schewe of the Potsdam Institute for Climate Impact Research (PIK) in Germany, who was not involved in the IPCC drafting.

Many scientists concurred, he said, that recent heatwaves and floods were evidence of climate change already on the march – and a harbinger of a future in which once-freakish weather events become much less rare.

Among the perils listed in the draft are these:

Poverty, migration and hunger are invisible drivers of turbulence and war, as they sharpen competition for dwindling resources, the report warns.

“Climate change over the 21st century will lead to new challenges to states and will increasingly shape national security policies,” its draft summary says.

“Some transboundary impacts of climate change, such as changes in sea ice, shared water resources and migration of fish stocks, have the potential to increase rivalry among states. The presence of robust institutions can manage many of these rivalries to reduce conflict risk.”

By reducing carbon emissions “over the next few decades”, the world can stave off many of the worst climate consequences by century’s end, says the report.

The IPCC will issue a 3rd volume, on strategies for tackling carbon emissions, in Berlin on April 13.

The panel has issued 4 previous “assessment reports” in its quarter-century history.

Each has sounded a louder drumbeat of warning about the gigatons of carbon dioxide spewed by traffic, power stations and other fossil-fuel burners and methane from deforestation and farming.

The Yokohama volume goes further than its predecessors in forecasting regional impacts in greater detail and emphasising the risk of conflict and rising seas.

The IPCC’s last big report in 2007 helped unleash political momentum leading to the 2009 UN climate summit in Copenhagen. But its reputation was dented by several mistakes, seized upon by climate skeptics as proof of bias. – Rappler.com