Tensions as Myanmar embarks on first census in 30 years

Mar 30, 2014 2:08 PM PHT
Agence France-Presse
Facebook Twitter Copy URL
Copied
A main point of contention is that Muslims will not be able to register as "Rohingya," viewed by UN as among the world's most persecuted minorities 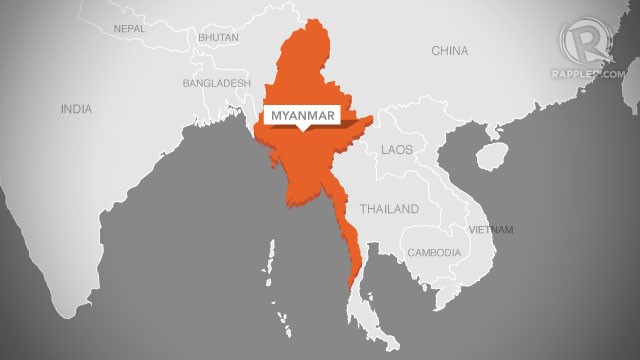 SITTWE, Myanmar – Tens of thousands of census-takers fanned out across Myanmar on Sunday, March 30, to gather data for a rare snapshot of the former junta-ruled nation that is already stoking sectarian tensions.

Groups of schoolteachers and local officials began the 12-day population survey – the first since 1983 – travelling from house to house in an ambitious drive aimed at counting everyone across the poverty-stricken nation.

But the census was called into question before it even started in Rakhine state, the site of deadly religious conflict. A main point of contention is that Muslims will not be able to register as “Rohingya.”

Buddhist nationalists have threatened to boycott the tally over fears it could lead to official recognition for the Rohingya, viewed by the United Nations as among the world’s most persecuted minorities.

“Fill in the form that you are Rohingya,” read a sign scrawled on a wall in one of the bleak displacement camps clustered on the outskirts of the Rakhine capital Sittwe.

Muslims in the camps, made homeless in two major bouts of fighting two years ago, expressed determination to defy the government edict to register as “Bengali,” a term used by the authorities, who view most Rohingya as illegal immigrants from neighboring Bangladesh.

“We do not want any problems. I was born here and my parents were also born here. I was born a Myanmar national. For me, I will not register as ‘Bengali’, I will register as ‘Rohingya’,” Hla Myint, 58, told Agence France-Presse.

Foreign aid workers fled Rakhine during the week after Buddhist mobs attacked their offices as tensions escalated in the run-up to the census.

An 11-year-old girl was killed by a stray bullet after police fired warning shots to disperse angry crowds in the state capital Sittwe.

Humanitarian workers in the region have come under increasing pressure from Buddhist nationalists who accuse them of bias in favor of local Muslims.

The state remained tense on Sunday as Buddhists sought confirmation that the Rohingya term would not be allowed.

Myanmar’s first census in 3 decades, which is backed by the United Nations Population Fund (UNFPA), is aimed at plugging an information deficit in the former military dictatorship.

Critics, who have called for the exercise to be postponed, accuse the organizers of focusing on the technical aspects of the survey and neglecting political concerns.

They say the inclusion of ethnic and religious questions will further fan the flames of unrest and threaten fragile peace talks with minority rebel groups.

Many locals, long subject to repressive policies under authoritarian rule, have also expressed suspicion of the move to collect a wide variety of household information – including questions on movement and economic activity.

But the survey-taking was seen to be proceeding smoothly in some areas on Sunday, with teams visiting homes in Thaketa township on the outskirts of the commercial hub Yangon.

“I have no problem. They are asking the right questions and I gave them a true answer. It’s good because there will be exact information about who is who and where they live,” Tin Shwe, 48, told Agence France-Presse after completing the questionnaire. – Rappler.com