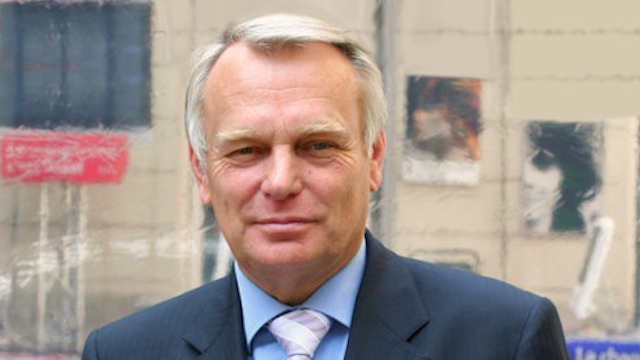 Hollande, who was expected to confirm the move in an address to the nation at 1800 GMT (2 am Tuesday, April 1, Philippine time), decided to axe current Prime Minister Jean-Marc Ayrault after his Socialist Party lost more than 150 towns and cities to the main opposition and far-right in municipal elections on Sunday. (READ: France’s Socialists suffers losses as far-right breaks through)

Officials at the prime minister’s official residence, Matignon, confirmed that Ayrault and the government he headed had resigned.

Waking up to headlines that included “A rout”, “A slap” and “A kick up the backside”, Hollande was left with little option but to order a radical shake-up of his deeply unpopular government, which is seen by many voters as drifting hopelessly in the face of a stagnant economy, persistently high unemployment and falling living standards for many people.

Both the far-right National Front (FN) and the mainstream opposition made historic gains in Sunday’s nationwide elections, which were the first major electoral test since Hollande’s 2012 election.

The scale of the setback was unprecedented.

Marine Le Pen’s FN, skilfully rebranded as more than just an anti-immigrant party, won control of 11 towns and more than 1,200 municipal seats nationwide, easily its best ever performance at the grassroots level of French government.

But even more worrying for Hollande and Co. was the strong showing of the mainstream Union for a Popular Movement (UMP). The party of former president Nicolas Sarkozy snatched a string of major towns that were once considered bastions of the left in a performance which, if repeated in national elections, would see them sweep back to power with ease in 2017.

The losses of Quimper in Brittany, where one of Hollande’s closest allies, Bernard Poignant, was booted out of the town hall, and Limoges, a stronghold of the left for over a century, were telling indicators of how the night went.

“This first test for Francois Hollande has been a veritable catastrophe. The Socialists’ gains from the last municipals in 2008 have been completely wiped out,” said Frederic Dabi of the Ifop polling institute.

UMP leader Jean-Francois Cope hailed as historic a “blue wave” that saw 155 towns of more than 9,000 residents switch from the left.

“I set the objective of taking control of 50 percent of towns with more than 9,000 inhabitants, we actually reached 62 percent,” he said. “It is a historic score. It is not just the government lineup that has to change, it is the entire direction of the country.”

Valls is popular in the country but not so much in his own party, where he is regarded with suspicion by many on the left.

Appointing him as prime minister is a decisive move by Hollande but, as with his switch to a more business-friendly economic policy earlier in the year, it comes with risk of exacerbating internal party tensions.

These are already acute because of misgivings on the left over Hollande’s decision to give priority to austerity measures designed to get the country’s budget deficit under control rather than seeking to attack unemployment by trying to stimulate demand, notably through measures to increase the spending power of the poorest sectors of society.

Persistently high unemployment and falling living standards are seen as the principal causes of the Socialists’ current woes, but concern over crime and insecurity, coupled with hostility to immigrants and Europe, also helped to fuel the success of the FN and the mainstream right, according to experts.

For the rest of the reshuffle, there is also keen interest in whether Hollande will recall the mother of his four children, Segolene Royal, from the political wilderness.

Royal was the Socialists’ presidential candidate in 2007, but her inclusion in Hollande’s first cabinet was reportedly blocked because of hostility from Valerie Trierweiler, the president’s then girlfriend. (READ: French president splits with partner after affair)

That obstacle has now been removed following Hollande’s separation from Trierweiler, and Royal is tipped for a return to the frontline of politics with a major portfolio covering education, sport and youth. – Rappler.com