Apr 1, 2014 10:00 PM PHT
Facebook Twitter Copy URL
Copied
In the worst cases of the virus, the agony is accompanied by profuse, unstoppable internal and external bleeding 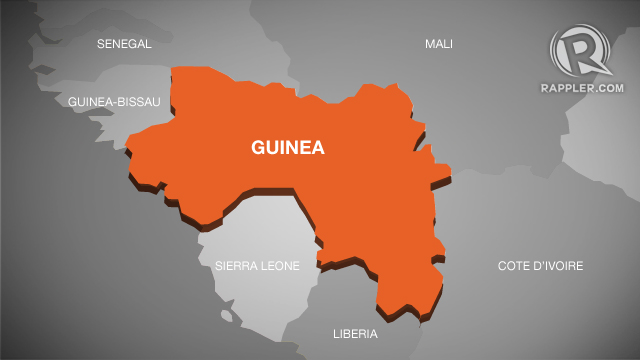 GUECKEDOU, Guinea – Isolated from the outside world in a medical centre in Ebola-hit southern Guinea, victims of one of the deadliest viruses known to mankind wait listlessly for the merciful release of death.

The makeshift clinic in Gueckedou, a market city of 220,000 people near the Liberia and Sierra Leone borders, is on the front line of Guinea’s increasingly desperate struggle to contain one of the worst outbreaks of hemorrhagic fever in history.

The medical charity Doctors Without Borders, commonly known by its French initials MSF, has set up two corrugated iron buildings in a tent village, currently with 20 beds, and a capacity for 50 patients.

One of the buildings houses suspected cases, while in the other medics care for patients confirmed to have Ebola, including two who died on Monday.

Rose, aged 12, has been among the suspected cases for six days but has just tested positive for Ebola and is being moved to join her mother and aunt in the other building where the prospect of making it out alive is rather more grim.

It is rare for the worst strains of Ebola to leave behind survivors – as many as nine in 10 of those infected in previous outbreaks have died – and the epidemic has claimed at least 80 lives across Guinea since the start of the year. (READ: Guinea confirms Ebola as source of deadly epidemic)

Patients suffer a particularly unpleasant death, succumbing to severe fever and muscle pain before their organs break down.

In the worst cases the agony is accompanied by profuse, unstoppable internal and external bleeding.

“Rose will probably die soon and then it will definitely be my turn,” sobbed Ren, 18, a family member admitted to the suspect cases building two days ago.

Pascal Piguet, an MSF logistics expert, describes the tough dilemma involved in transferring Rose to join her mother and aunt, “where she will see them die”.

The alternative, though, was to keep her where she was and risk other patients getting infected.

“You must choose the lesser evil,” he said.

Relatives, sitting on orange chairs set up in the centre as they wait fearfully for news of loved ones, present another security risk for medics battling the highly contagious outbreak.

“Our staff are aware that they must keep a safe distance…Once a person gets up, they discreetly spray the chair to prevent others from getting infected,” says Piguet.

There are 30 Guineans and foreigners working in the clinic, dressed for the most part in blue or green uniforms, or civilian clothes.

But those who have contact with the patients – treating, feeding, washing or even just talking to them – are kitted out from head to toe in sealed biohazard suits with gloves, goggles, masks and boots.

In a mobile lab that was opened at the centre on Sunday, specialists from Europe are able to test swabs taken from patients in situ, speeding up a process that had previously been painstakingly slow, with samples sent to scientists abroad.

Their work is backed up by technicians at a second laboratory set up in the capital Conakry by a team from the Pasteur Institute in Dakar.

To date, 22 cases of Ebola have been identified in samples taken from 122 suspected cases of viral hemorrhagic fever.

Five strains of Ebola – four of them deadly to humans – have been observed since the first outbreak in Democratic Republic of Congo in 1976.

The Guinean government says the most virulent Zaire species has been detected in the latest epidemic.

But other viruses may be playing a role, according to epidemiologists, including Lassa, another hemorrhagic fever endemic to west Africa. – Rappler.com