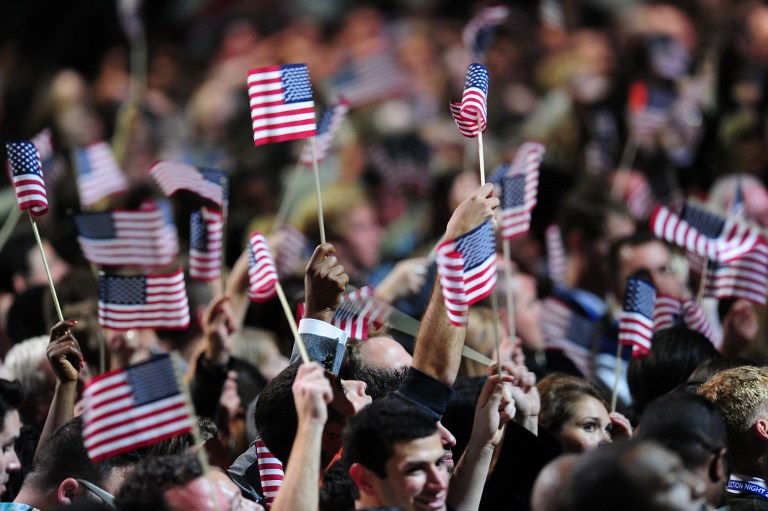 WASHINGTON DC (Updated) – The US Supreme Court on Wednesday removed the overall limit on contributions a donor can make to political candidates, a move that could open the floodgates to campaign funding by rich individuals.

The move was immediately hailed by Republicans, who are gearing up to challenge President Barack Obama’s Democratic supporters for control of the Senate in October polls.

The top court, in a five to four ruling read by Chief Justice John Roberts, did retain limits on the amount an individual donor can give to a single candidate, but removed an overall cap.

The Obama administration’s argument that aggregate limits help fight corruption by preventing wealthy donors from circumventing the cap on individual contributions by funding rafts of candidates.

But the Supreme Court bench ruled by five justices to four that the overall ceiling did little to address graft and bribery “while seriously restricting participation in the democratic process.

“The aggregate limits are therefore invalid under the First Amendment,” the court’s ruling said.

The decision strips away current rules that limit an individual’s overall campaign donations to no more than $123,200 over two years.

And the ruling comes three years after the court lifted a ceiling on campaign giving by corporations and unions, in the controversial “Citizens United V. FEC,” the Federal Election Commission.

“If the Court in Citizens United opened a door, today’s decision may well open a floodgate,” warned liberal justice Stephen Breyer in a dissenting opinion released along with the judgement.

Critics said Wednesday’s ruling in McCutcheon v. FEC was another big blow to the US campaign financing system, giving the wealthy greater rein to use their money to influence elections.

“While we are not surprised by today’s outcome, we are disappointed that the plutocracy we predicted is now sanctioned by the high court,” said the Sunlight Foundation, a non profit that advocates greater government transparency.

But Republicans hailed the decision as a victory for free speech.

“Freedom of speech is being upheld,” declared House Speaker John Boehner, adding that donors should have the right “to give what they want to give.”

Reince Priebus, chairman of the Republican National Committee, called it “an important first step toward restoring the voice of candidates and party committees and a vindication for all those who support robust, transparent political discourse.”

The court’s majority said they had found only one legitimate reason for restricting campaign financing: preventing corruption or the appearance of corruption.

“Nor does the possibility that an individual who spends large sums may garner influence over or access to elected officials or political parties,” the ruling said.

Breyer, writing for the court’s liberal minority, said the court understated the importance of protecting the political integrity of government institutions.

“It creates a loophole that will allow a single individual to contribute millions of dollars to a political party or to a candidate’s campaign,” he wrote.

“Indeed, taken together with Citizen’s United, today’s holding, we fear, eviscerates our nation’s campaign finance laws, leaving a remnant incapable of dealing with the grave problems of democratic legitimacy that those laws were intended to support.” – Rappler.com