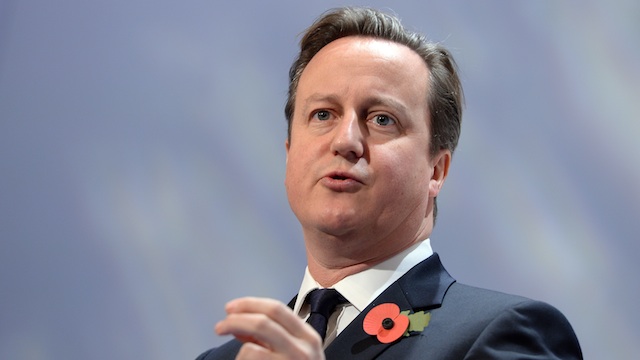 A combination of local emissions, light winds and pollution from continental Europe, compounded with dust blown from the Sahara, has prompted health warnings about poor air quality across southern and central England.

Asked about the pollution levels in a BBC interview, Cameron said: “It is unpleasant, and you can feel it in the air.”

He said: “I didn’t go for my morning run this morning. I chose to do some work instead. You can feel it.

“But it’s a naturally occurring weather phenomenon. It sounds extraordinary, Saharan dust, but that is what it is.”

He advised people to listen to the official public health advice urging those with lung or heart problems to avoid strenuous physical activity outdoors.

Data from Britain’s environment ministry showed pollution levels were “very high” — 10 on a scale of 10 — in London and 9 in parts of eastern England on Thursday morning.

Ellie Highwood, professor of Climate Physics at the University of Reading, said a combination of factors was to blame.

“The current pollution episode is the result of tiny particulates (atmospheric aerosols) that come from traffic, fossil fuel burning, agricultural practices and, more unusually, dust from the Sahara,” she said.

The pollution is expected to reduce on Friday as fresher winds sweep across the country, officials said. – Rappler.com