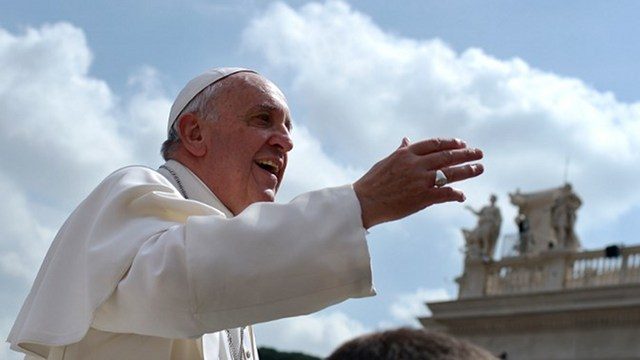 VATICAN CITY – Pope Francis called a conference against human trafficking in the Vatican for next week, with clergymen and police officers from some 20 countries taking part along with victims of modern-day slavery.

“The conference aims to bring police chiefs together so they can build an effective network to combat trafficking and work collaboratively with the Church,” the Vatican said in a statement on Friday, April 4.

It referred to last week’s talks between Francis and US President Barack Obama in which they agreed to combat trafficking, saying: “The conference is a practical step in fulfilling this aim.”

The conference is being promoted by the Bishops’ Conference of England and Wales. London’s Metropolitan police commissioner Bernard Hogan-Howe and England’s top Catholic clergyman Cardinal Vincent Nichols are taking part.

Police chiefs from the Americas, Africa, Asia and Europe will be attending, including from countries where human trafficking has been a particular problem like Albania, Brazil, Nigeria and Thailand.

Francis frequently refers to human trafficking as a “scourge” of the 21st century and when he was archbishop of Buenos Aires he took part in initiatives to get women out of prostitution. – Rappler.com