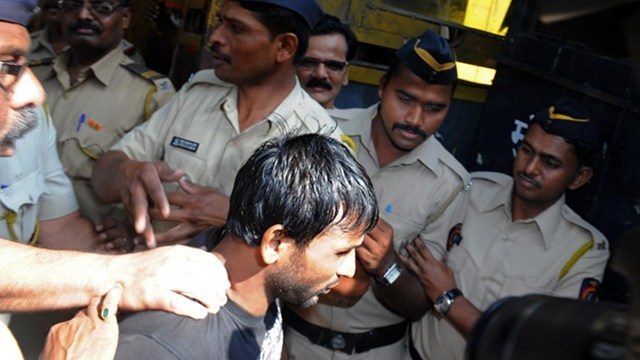 MUMBAI, India (UPDATED) – An Indian judge on Friday, April 4, ordered three men to hang after they were convicted of two gang-rapes, the first death sentences to be handed down for multiple sex attacks since the law was toughened last year.

The sentences were announced at a court in Mumbai on the same day that a judge jailed 24 men in the southern state of Kerala over the gang-rape of a schoolgirl who was repeatedly sexually assaulted over a 40-day period in 1996.

A series of mass protests over the levels of sexual violence prompted the government to amend the law last year and allow for harsher punishments for rapists, including the death penalty for repeat offenders.

The three who were sentenced Friday had been found guilty of two attacks in July and August last year at the same abandoned mill compound in Mumbai, including an attack on a photographer that made global headlines.

They were subsequently handed life sentences for one of those assaults, the gang-rape of an 18-year-old phone operator.

But they were also convicted this week under a new section of the law for being repeat rape offenders, which carries the death penalty.

“There needs to be zero tolerance for such incidents,” Judge Shalini Phansalkar Joshi said as she announced the sentences.

“A loud and clear message needs to be sent to society.”

Special public prosecutor Ujjwal Nikam confirmed to AFP that this was the first conviction for repeat rape under the modified law.

The men, dressed in jeans, bowed their heads as they learnt their fate, while one of their mothers was removed from the court for swearing.

The 22-year-old photographer was gang-raped while on assignment with a male colleague in the overgrown mill compound, close to an upscale neighbourhood as well as slums from which most of the rapists hailed.

The phone operator, attacked in the same place, came forward after reading about the photographer’s ordeal.

Two other men have been jailed for life over the attacks: Mohammed Ashwaq Sheikh in the telephone operator case and Siraj Rehmat Khan in the case of the photographer.

A juvenile is being separately tried over the attack on the photographer, which sparked widespread anger in Mumbai, a city usually considered safer than the capital New Delhi.

Police described the photographer’s attackers as unemployed school drop-outs, while neighbours say they were a gang of youths known for petty theft and drinking in the area.

While the three who were sentenced to death had been tried under a fast-track system, the outcome in Kerala was the culmination of a marathon legal case which at one stage saw many of the defendants cleared.

The then 16-year-old victim was abducted from her school and raped over a span of 40 days in 1996 in cars, homes and hotel rooms, the court was told.

In sentencing the men, Kerala High Court judge K.T. Sankaran said the victim “had no chance to escape from her captivity.”

All but one of the men had been acquitted in 2005 by the same court, but India‘s Supreme Court ordered a retrial after outraged women’s rights activists challenged the verdict.

India‘s legal system is notoriously slow, but its rape laws were toughened after the fatal gang-rape of a student in New Delhi in December 2012 sparked nationwide protests over the lack of safety for women.

Four men were sentenced to death in September over the Delhi case after they were convicted for murder, gang-rape, theft, conspiracy and “unnatural acts.”

India only allows for the death sentence in the “rarest of rare” cases. All executions are carried out by hanging. – Rappler.com