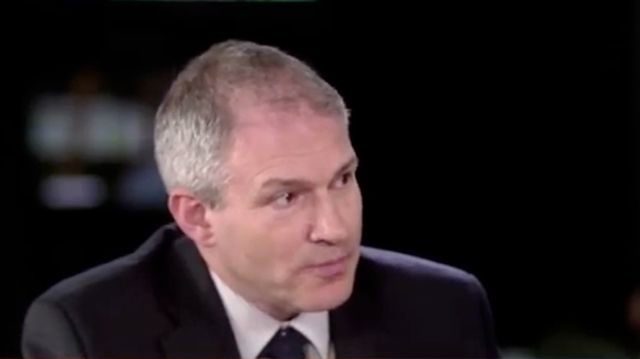 Malaysia believes the plane was deliberately diverted by someone on board before crashing in the Indian Ocean. But with no firm evidence, and with the plane’s wreckage yet to be found, the case is wide open for other theories that could explain why the plane diverted from its flight path with 239 people on board.

In an interview with Rappler’s Maria Ressa on Friday, April 4, Baum said diverting the plane could have been taken on the flight deck or on the ground.

“There are a lot of people in the aviation industry that are extremely concerned about the cyber threat to aviation,” he said.

These cyber threats, Baum explained, include the possibility of a person hacking into an airliner, diverting the plane from its intended course, and preventing the pilots from taking control of the aircraft.

In 2011, the International Air Transport Association (IATA) identified cyber terrorism as a “distinct threat to the aviation industry that needs attention.”

It also warned airlines to “remain on their guard” and “rethink the structure of their security and IT divisions.”

IATA said the threat poses serious challenges, especially with a new generation of aircraft that will rely on real-time electronic data exchange and network connectivity. The challenge is making sure that data transmitted between the ground and aircraft is kept secure.

Cyber terrorism, according to the IATA, is any attack on an airline’s IT systems that brings down or paralyzes critical mechanisms. But IATA warned it can also extend “to the more frightening possibility that it could actually cause damage to an aircraft.”

In December 2013, the Telegraph reported that cyber attacks are becoming a significant threat to airline security, with planes at risk every time they share information with a number of different electronic systems once they enter an airport.

Aircraft manufacturer Boeing itself faced a cyber security threat 6 years ago when a report by US authorities found that one of its on-board computer networks could be used by passengers to access the plane’s control and navigation systems.

Since the 9/11 attacks, planes have been outfitted with security features, but Baum said cyber attacks remain a credible threat.

“Most of the aircraft manufacturers have said don’t worry, because the pilots can always override it,” Baum said. “But again, it’s certainly one that’s out there, that’s got many pilots worried.”

MH370’s disappearance baffled industry analysts, but it also opened up renewed discussions on how to make air travel safer. In the early days of the investigation, authorities discovered at least two passengers managed to board MH 370 with stolen passports.

Although further investigation showed the two Iranians had no apparent links to terrorist groups, experts said this showed a glaring lapse in airports’ screening systems.

Baum said this could have been prevented if airlines accessed the Interpol database, which records documents reported lost or stolen. He also said aviation security agencies need to streamline their communication processes better to countercheck security protocols.

“At the moment, airport security is a way to figure out if people are carrying prohibited items, like guns, grenades and knives. But they’re not able to find out where I bought my ticket, where I’m going. We need to bring all of this together,” he said.

He described the lack of communication as “almost like a turf war.”

“Police, immigration, airport security, and none of them communicate with each other, almost like a turf war. Screeners really have to have information about the people they’re checking,” he said.

“Until we start being intelligent about airport security, until we start to profile passengers, we’re really not going to address the problems that we face,” he added.

Baum said that if the theory that the plane was deliberately diverted is true, then it shows that the person who did so was a “very clever person,” and that authorities need to be “much more clever about how we do security.”

He said it is important that passenger profiling be an integral part of any security procedure at airports. This means knowing what to look out for as possible red flags among passengers. Authorities should have an idea of “baseline behavior” that they can expect from passengers on a typical flight.

By studying passengers’ travel history, how they bought their tickets, how they dress, speak and behave, authorities can determine whether or not they fall under typical, normal expectations or if they stand out as suspect.

“The vast majority of people meet our baseline expectations. The ones that don’t should be the ones we should be focusing on. But we don’t do that because there seems to be that bizarre feeling that we should treat everybody the same, and that’s just not good security,” he said.

He added: “When people go on flights they’re screened by immigration, but for some reason we’re not allowed to do that in airport security…We don’t allow people that are responsible for our lives to do that. That’s intrinsically wrong.”

Baum explained that passenger profiling and behavioral analysis can cover a number of other issues: addressing insider threats, cargo issues, and even spotting signs of mental health issues among passengers and crew early on.

Baum said the mystery of MH 370 may call for another round of improved measures to beef up airport security, but he cautioned against knee-jerk reactions.

Although he advocates profiling and airlines’ access to Interpol databases, Baum said he would rather have airlines try different security processes to make it harder for would-be terrorists to plan their attacks.

“I don’t think we should all necessarily go through the same processes at every airport. Making it unpredictable actually makes it much harder for the terrorists to plan their way around the system,” he said.

He added, “I would urge airlines not to be so compliance-based, because what they’re actually doing is trying to tick boxes. Being compliant with the lowest common denominator is not exactly great security.” – Rappler.com