Apr 8, 2014 9:14 PM PHT
Agence France-Presse
Facebook Twitter Copy URL
Copied
'This is groundbreaking for the entire field and offers a new outlook that the spinal cord, even after a severe injury, has great potential for functional recovery' 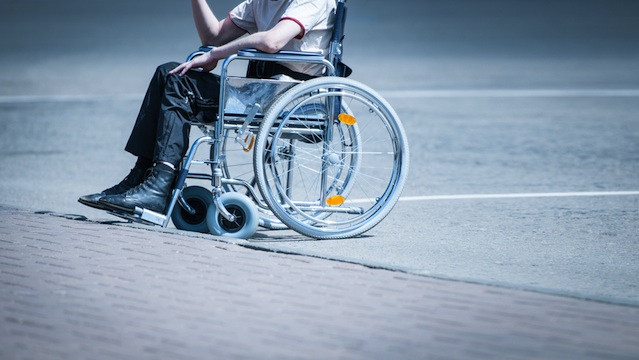 PARIS, France – Scientists on Tuesday, April 8 reported progress in a technique to stimulate the lower spinal cord in paraplegics to help them recover lost nerve function.

Cautiously tested on a single patient 3 years ago, the technique has been trialed on 3 other young men who had been paraplegic for at least two years after road accidents, they said.

After the patients were given an implant to stimulate nerve bundles in the lower spine, they were able to voluntarily flex their knees and shift their hips, ankles and toes, the team reported in a published study.

The 4 were not able to walk but could bear some weight independently — a key phase towards this goal — and experienced a “dramatic” improvement in wellbeing, they added.

Claudia Angeli of the University of Louisville’s Kentucky Spinal Cord Injury Research Center (KSCIRC) said two of the men had been diagnosed not only as paralysed in the legs, but also lacking lower-body sensation, with no chance of recovery.

“This is groundbreaking for the entire field and offers a new outlook that the spinal cord, even after a severe injury, has great potential for functional recovery,” Angeli said in a press release.

Paralysis comes from damage to the spinal cord down which the brain sends electrical signals along nerve fibers to instruct limb movement.

Decades of experimental effort have been devoted to reconnecting severed fibers through surgery or regrowing them through drugs or stem cells.

The new research takes a different route, exploring the idea that there are ways paralyzed people can move without reconnecting the nerve link between the brain and lower extremities.

It delivers tiny electrical signals to networks in the lumbosacral spinal cord that are relatively autonomous — they can follow through the commands for weight-bearing and coordinated stepping without input from the brain.

“We have uncovered a fundamentally new intervention strategy that can dramatically affect recovery of voluntary movement in individuals with complete paralysis, even years after injury,” said Susan Harkema, a University of Louisville professor who was involved in the first study, in 2011.

“The belief that no recovery is possible and complete paralysis is permanent has been challenged.”

The implant went hand-in-hand with rehabilitative therapy, which aimed at getting the spinal network to learn and improve nerve functions with less stimulation over time.

The participants enjoyed a range of side benefits, including improvements in muscle mass and blood pressure and reduced fatigue.

“Based on observations from the research, there is strong evidence that with continued advances of the epidural stimulator, individuals with complete spinal cord injuries will be able to bear weight independently, maintain balance and work towards stepping,” according to the press release issued by the University of California Los Angeles (UCLA).

The study is published in the British-based medical journal Brain. – Rappler.com