Apr 18, 2014 11:20 PM PHT
Agence France-Presse
Facebook Twitter Copy URL
Copied
(2nd UPDATE) 'What we have are collapsed walls and no reports of deaths or injuries,' says the civil protection chief. The city, built over soft soil from a drained lake, is sensitive to distant quakes 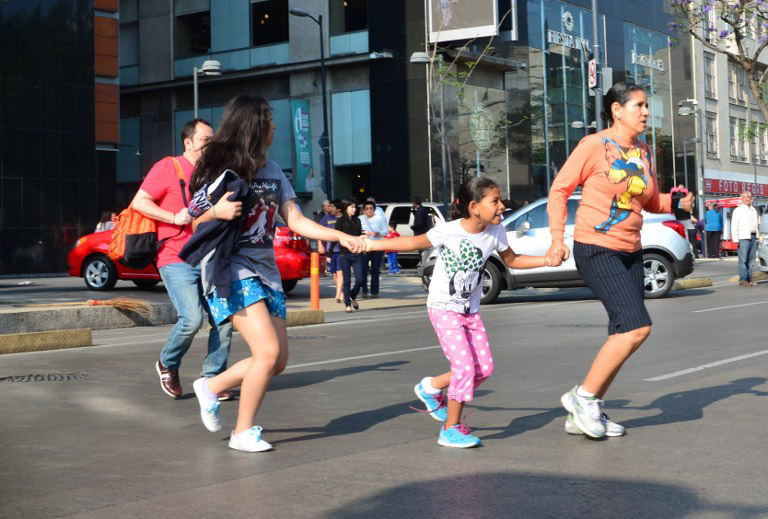 There were no immediate reports of major damage or injuries.

The US Geological Survey said the earthquake’s epicenter was 36 kilometers (22 miles) northwest of Tecpan, near the Pacific resort of Acapulco in southwestern Guerrero state.

The quake, which it initially rated as a 7.5-magnitude, struck at a depth of 24 kilometers.

Tourists in Acapulco for Holy Week streamed out of hotels. Buildings were also evacuated in Mexico City as helicopters buzzed overhead to check for damage.

The earthquake was also felt in the eastern state of Veracruz and the southern states of Oaxaca and Chiapas.

Angelica Lasso, a 30-year-old website designer, grabbed a jacket and ran out of the first floor of her 3-storey apartment building in Mexico City.

“The furniture moved and my CDs fell from the disc storage tower. I got out quickly and even forgot my house keys,” Lasso said as she bought a sugary bread from a street vendor.

“Fortunately, what we have are collapsed walls and no reports of deaths or injuries,” said federal civil protection director general Ricardo de la Cruz.

“For now we are only seeing evacuations,” Mancera said.

Victor Espindola, an expert at the National Seismology Service, said a tsunami was unlikely to occur following the earthquake.

Mexico City, a metropolis of 20 million people, is sensitive to distant earthquakes because it was built over soft soil from a drained lake.

In 1985, thousands of people were killed in Mexico City when buildings collapsed after an 8.1-magnitude struck the Pacific coast.

In Acapulco, 105 kilometers south of Tecpan, holidaymakers fled hotels and jumped out of swimming pools. Rocks fell on Pacific highways.

“The swimming pool was moving. I was afraid for my kids, so I took them out and we left the hotel,” said Ulises Yam Loye of central Hidalgo state.

“It scared us a lot to see the palm trees and lamp posts moving,” he said. – Rappler.com