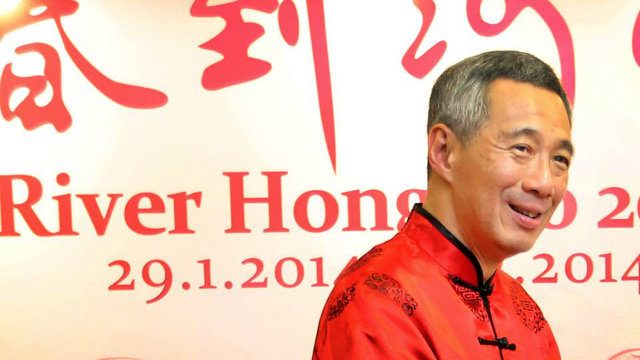 MANILA, Philippines – Is he standing up for his country’s ideals or did he miss the point entirely?

Singapore Prime Minister Lee Hsien Loong took to Facebook on Saturday, April 19, to express his dismay over online reaction to the planned Philippine Independence Day celebrations in the city-state.

“I was appalled to read about those who harassed the organizers of the Philippine Independence Day celebrations, and spammed their Facebook page. They are a disgrace to Singapore,” said Lee.

According to a April 16 report by Singapore’s Straits Times, “organizers of a plan to celebrate Philippine Independence Day here had to remove a Facebook post about the event, after it drew a storm of vitriol and protests from netizens.”

The event on June 8 is planned to be held at Ngee Ann City’s Civic Plaza.

Anonymous callers, the Times reported, have been bugging organizers. “The callers say we have no right to hold the event in Orchard Road,” the Times quoted Rychie Andres of the Pilipino Independence Day Council Singapore (PIDCS) as saying.

Lee was also quick to praise those who have spoken against “the work of few trolls.”

“We must show that we are generous of spirit and welcome visitors into our midst, even as we manage the foreign population here. Otherwise we will lower our standing in the eyes of the world, and have every reason to be ashamed of ourselves,” he added.

“I just attended our Singapore Day in London. How would we have felt if British netizens had spammed our website, and abused Singaporeans living in Britain?” the prime minister wrote.

Reaction to Lee’s post – both by Singaporeans and foreigners – have been mixed, with some locals saying Lee missed the point entirely.

Sabrina Nasir, in a comment, said it wasn’t fair for Lee to compare London to Singapore. “We are a small nation and allowing too many fts had caused (sic) too much inconvenience, overpopulation and an unjust employment system to your own people… Try walking in our shoes instead and understand more of your people’s plights,” she wrote.

Negative sentiment over the planned celebration, said Michelle Tung in a comment, comes from “deep seated (sic) concerns about overcrowding and jobs taken away by foreigners.”

James Chan, pointed out that the issue wasn’t the celebration itself but its chosen venue. “I am quite sure there are better places to accommodate our Filipino friends in celebrating their independence day instead of in the heart of orchard road. How about their embassy grounds? Or sentosa? Or east coast beach? Or hong lim park?”