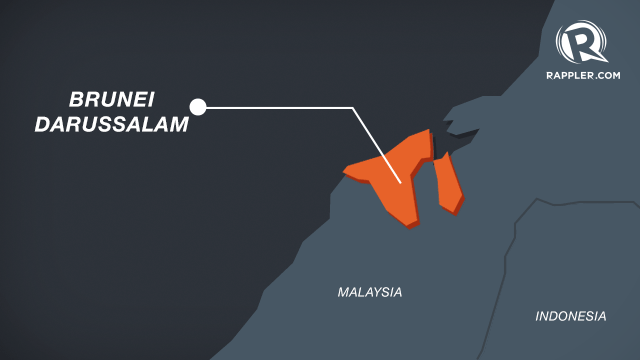 Brunei Darussalam, which means a place of peace, did not always live up to its name.

There was a time in history when the sultanate had to battle it out with colonizer Spain in what is known as the Castille War of 1578 and years after fight pirates who were threatening its control of merchant traffic.

It was the British adventurer James Brooke who helped quell piracy and restore the sultan’s power. This power was to gradually decline, as Brunei was declared a British protectorate state by 1888.

Modern-day Brunei is just as spectacular as its history.

A quick trip to this tiny Islamic country offers the experience of a lifetime. Stand barefoot inside the Omar Ali Saifuddien Mosque in awe of its calm interior contrasted by a majestic golden dome from the outside; ride in one of Sungai Temburong’s wooden speedboats known as flying coffins to see for yourself preserved forests with towering hundred-year-old trees; step into the wooden walkways and stilt houses at Kampong Ayer to take a peak into the life of water villagers comprising a tenth of Brunei’s population.

Throughout Brunei, spectacular mosques welcome you as proof of the country’s commitment to the Islamic faith.

Brunei is located in between the federal Malaysian states Sabah and Sarawak. It is divided into 4 districts: Belait, Brunei-Muara, Temburong, and Tutong.

There are many things that set Brunei apart from the rest of Asia: an economy largely based on oil production, a majority Muslim population, and a form of government that is rare in the world.

Brunei is the only remaining absolute monarchy among ASEAN countries, as the monarchies of Thailand and Cambodia have adopted constitutions limiting the power of their king through the election of a prime minister.

Ruled by a sultan who is known as one of the world’s wealthiest men, Brunei is the second smallest country in Southeast Asia next to Singapore.

Wielding full executive authority, Brunei’s Sultan Hassanal Bolkiah is also the longest-serving head of state in the ASEAN. The sultan has been Brunei’s monarch since October 4, 1967, when his father abdicated the throne.

The country joined the organization on January 8, 1984, 7 days after it gained independence.

In 2014, Brunei became the first country in East Asia to adopt strict Islamic sharia law across the nation, to be implemented in 3 phases.

Based on the Islamic criminal code, the penal system to be adapted by oil-rich Brunei includes penalties such as stoning and flogging for adultery and homosexual acts, among others.

The Brunei judicial system has been condemned internationally by groups such as the UN Commission on Human Rights and several human rights watchdogs.

How will ASEAN deal with the international outrage once the system is fully implemented? Punishments include death by stoning and severance of limbs over homosexuality.

The ASEAN has long been criticized for its weak stance against human rights violations, accepting into the organization and consequently freely trading with countries such as Myanmar even when it was then ruled by a military junta.

Will ASEAN come to Brunei’s defense this time around?

It was only in 2009 when, prompted mostly by international pressure, ASEAN formed its human rights commission. The ASEAN Intergovernmental Commission on Human Rights is mandated to promote human rights standards among the member-nations.

These standards are not tied to ASEAN membership, making it unlikely for Brunei to be kicked out of the organization should matters worsen.

In addition, Brunei is a strong trade partner.

Brunei provides to ASEAN what other countries – with the exception of Singapore at this point – cannot: a GDP per capita at US$30,554.

In 2012, business magazine Forbes ranked Brunei as the fifth richest country out of 182 nations due to its extensive petroleum and natural gas fields.

With the world’s constant demand for fuel, Brunei’s economy saw an upward trend since its independence.

All these factors point to the indispensability of Brunei to ASEAN, an organization which upon inception focused on the clear goal of economic development among its member-nations. – Rappler.com