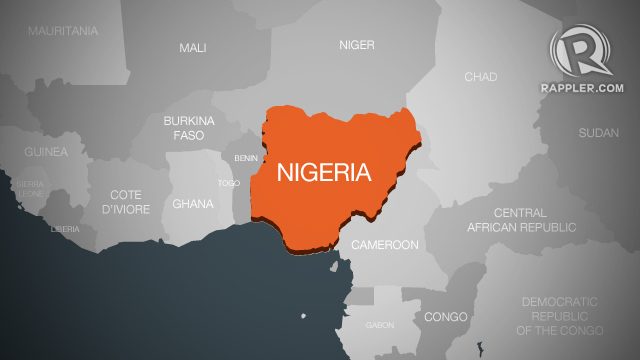 ABUJA, NIgeria – A car bombing at a bus station on the outskirts of Nigeria’s capital killed at least 16 people on Thursday, May 1, just weeks after a deadly attack hit the same spot.

No group has claimed responsibility for the latest attack, but suspicion immediately fell on Boko Haram, the extremist Islamist group which has killed thousands in a five-year insurgency.

The explosion rocked the crowded Nyanya bus terminal just a few kilometres from central Abuja at roughly 8:00 pm (1900 GMT) and emergency workers were at the scene trying to rescue the injured, said Manzo Ezekiel, spokesman for the National Emergency Management Agency (NEMA).

He told the Agence France-Presse (AFP) that the work was complicated by darkness at the station, which is very poorly lit after sundown.

A bombing on April 14 that targeted morning commuters at the Nyanya terminal killed 75 people, making it the deadliest attack ever in Abuja.

Boko Haram’s leader Abubakar Shekau, declared a global terrorist by the United States, said his group carried out the April 14 bombing in a video message obtained by AFP.

Speaking at the nearby Asokoro General Hospital, NEMA chief Muhammad Sani Sidi told journalists that a car packed with explosives blew up “just 50 metres” from the spot of the April 14 blast.

An AFP reporter at the hospital counted 9 dead bodies which had been brought from Nyanya and a witness at the same hospital who requested anonymity said he had seen at least seven other corpses arrive.

In a statement, NEMA confirmed 9 deaths so far and said at least 11 people had been left unconscious.

Victims were being treated at several other area hospitals, Sidi said.

“We are checking with various hospitals to ensure the accuracy of the number we are going to issue,” he told journalists.

Much of Boko Haram’s recent violence has targeted the remote northeast, the group’s historic stronghold, where more than 1,500 people have been killed already this year.

A second attack in two weeks just a few kilometres from the seat of government highlighted the serious threat the Islamists pose to Africa’s most populous country and largest economy.

President Goodluck Jonathan has faced intense pressure over the unrest, which has continued unchecked despite a massive year-long military offensive in the northeast aimed at crushing Boko Haram’s uprising.

The Nyanya station was completely inaccessible after Thursday’s blast, with the one access road blocked and cars backed up for several kilometres, an AFP reporter said.

Ezekiel, who said he lives near Nyanya and heard the bomb go off, described the road leading to the station as “jam packed”, adding that ambulances and rescue workers were struggling to reach the area.

The bombing came amid mounting public outrage after one of Boko Haram’s most shocking attacks, the mass kidnapping of more than 100 girls from their school in the northeast.

Officials and locals have offered contradictory figures for the number of girls taken, but the school’s principal has said that 187 are still being held hostage.

Boko Haram, which says it wants to create a strict Islamic state in Nigeria’s mainly Muslim north, has attacked schools, churches, mosques and various symbols of authority in an insurgency that has killed thousands since 2009. – Rappler.com