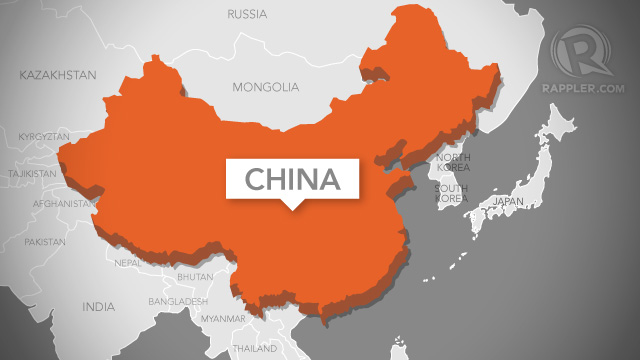 BEIJING, China – Beijing on Thursday, May 8, swatted blame back to Hanoi after it accused Chinese ships of ramming Vietnamese vessels in disputed waters, the latest escalation in territorial disputes involving the Asian giant.

Foreign ministry official Yi Xianliang said Vietnamese ships had rammed Chinese vessels 171 times since May 3 — in sharp contrast to Vietnam’s claim that its own patrol vessels were repeatedly rammed by Chinese ships protecting a deep-water drilling rig near the Paracel Islands in the South China Sea.

The islands are controlled by China but claimed by Vietnam.

“The Chinese side made no provocations at all. It is the Vietnamese side that is making provocations,” Yi, deputy director-general of the foreign ministry’s Department of Boundary and Ocean Affairs, said at a press briefing.

By contrast Hanoi claimed Wednesday that Chinese boats had collided with Vietnamese ships in at least three incidents since May 3 and used water cannon to attack Vietnamese law enforcement ships, injuring six.

Vietnam broadcast a video of the confrontations, while Yi declined to provide specific evidence of China’s claims.

He said Vietnam had dispatched 35 vessels to the scene since Saturday, but that he did not know how many Chinese vessels were present, claiming it was difficult to tally because many were coming and going. No Chinese military ships were present, he said.

Yi declined to specifically address accusations of water cannon use. He said instead that Chinese vessels were at the drilling rig to provide security, but had exercised restraint.

“China had to strengthen its security forces at the scene and take action to stop Vietnam’s disruptive activities,” he said.

“In the face of Vietnamese provocation, China has maintained a high degree of restraint.”

Yi reiterated Beijing’s stance that the confrontation took place in what was undisputedly Chinese territory.

“China’s operations are completely reasonable, legal and justified,” he said, adding that they were the country’s “sovereign right, having nothing to do with Vietnam”.

China claims sovereignty over almost the whole of the South China Sea, which is also claimed in part by Taiwan, Brunei, Malaysia and the Philippines and is believed to sit atop vast oil and gas deposits.

China and Vietnam, which fought a brief border war in 1979, have been locked in a long dispute over their contested waters. They routinely exchange diplomatic barbs over oil exploration, fishing rights and ownership of the Spratly and Paracel Islands.

Tensions between the communist neighbours have risen sharply since Beijing unilaterally announced last week that it would move the drilling rig into disputed waters.

Vietnam deployed patrol vessels after the China Maritime Safety Administration issued a navigational warning on its website saying it would drill close to the Paracel Islands.

Japan and the United States said on Thursday they were deeply concerned by the latest flare-up, with Tokyo urging Beijing to rein in its “provocative” actions.

Beijing and Tokyo are facing off in their own territorial row over islands in the East China Sea, another volatile flashpoint in regional relations.

“We recognise this incident is part of China’s unilateral and provocative maritime activities,” he said.

US Assistant Secretary Daniel Russel, in Hanoi, told reporters: “The US is greatly concerned about any dangerous conduct at sea and we oppose any act of intimidation by vessels including and particularly in disputed areas.”

“It is obviously common on all the countries in the region to refrain from unilateral actions that can jeopardise peace and can raise tension,” he said. – Rappler.com