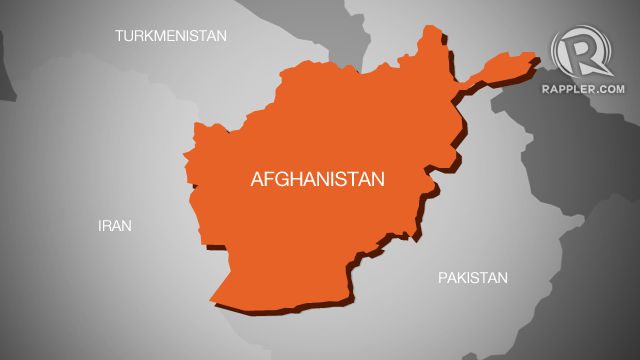 KABUL, Afghanistan – Afghanistan’s presidential election result will be announced on Thursday, May 15, officials said, after a one-day delay over fraud investigations into the first round of voting to find a successor to Hamid Karzai.

Full results from the April 5 election were released late last month, but the final declaration will factor in the outcome of weeks of deliberation over fraud allegations.

In the preliminary results, none of the eight candidates gained more than 50 percent of the vote, pointing to a second round run-off between the two top names as Afghanistan undergoes its first democratic transfer of power.

The Independent Election Commission (IEC) issued a statement on Wednesday, May 14, saying it would release the results at 11:00 am (0630 GMT) Thursday.

Karzai, who has ruled since the Taliban were ousted in 2001, is constitutionally barred from a third term in office, and the next president will lead Afghanistan into a new era as US-led combat troops withdraw by the end of the year.

Abdullah said on Wednesday that his campaign had evidence of fraudulent voting that could have a “significant impact on final results”.

Election officials have pencilled in June 14 for the run-off.

On Sunday, Abdullah received a major boost with the endorsement of third-placed Zalmai Rassoul, a close ally of President Karzai, who has stayed publicly neutral in the election.

Another costly, and potentially violent, election could be avoided by deal-making in the coming weeks — and Rassoul’s support for Abdullah increased pressure on Ghani to concede.

The United Nations mission has welcomed Afghanistan’s conduct of the vote but warned officials that they must address all fraud allegations openly.

The 2009 election, when Karzai retained power after defeating Abdullah, was marred by ballot-stuffing in a chaotic process that shook the multinational effort to develop the country after the Taliban’s 1996-2001 regime.

The first-round election last month was hailed as a success, with turnout far better than in 2009 and the Taliban failing to launch a major attack despite threats to disrupt the vote.

A run-off vote in June — at the height of the Taliban’s traditional “fighting season” — is likely to prove more difficult for Afghanistan’s stretched security forces.

Abdullah’s support is strongest in Tajik and Hazara ethnic areas due to his role as a close advisor to the late Ahmad Shah Massoud, a celebrated Tajik leader who fought the Taliban.

Ghani, an ethnic Pashtun who spent many years studying and teaching in the United States, has repeatedly said he will fight on despite falling behind Abdullah in the first round.

Both candidates have pledged to explore peace talks with the Taliban and sign a deal with Washington that could allow up to 10,000 US troops to stay on after this year on a training and counter-terrorism mission. – Rappler.com