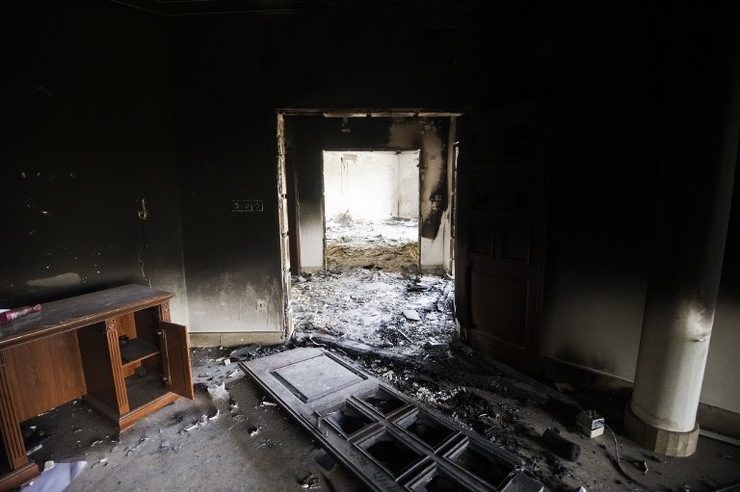 WASHINGTON DC, USA (UPDATED) – US commandos have captured the suspected ringleader of the deadly 2012 attack on an American compound in Benghazi, in a raid hailed by the White House as a triumph for justice.

Special forces, working with FBI agents, carried out Sunday’s operation under cover of darkness and withdrew without losses.

The suspect, Ahmed Abu Khatallah, is en route to the United States, where he will face criminal charges, officials said Tuesday, June 17.

The raid represented a victory for President Barack Obama, who has faced intense criticism over his administration’s handling of the September 11, 2012 Benghazi assault and its aftermath.

“The United States has an unwavering commitment to bring to justice those responsible for harming Americans,” Obama said.

“Since the deadly attacks on our facilities in Benghazi, I have made it a priority to find and bring to justice those responsible for the deaths of four brave Americans.”

Attorney General Eric Holder said the raid showed “our nation’s memory is long and our reach is far.”

There were no civilian or other casualties in the action and US troops taking part in the operation have “safely departed Libya,” Pentagon spokesman Rear Admiral John Kirby said.

The Obama administration informed the Libyan government of the raid after the fact but Kirby would not say whether or not Washington gave advance notice to officials in Tripoli.

He said it was a “unilateral” action without any Libyan forces involved. But Kirby declined to offer more details of the operation, including whether any shots were fired.

The suspect was being held temporarily on a naval ship, as in similar raids in the past, according to defense officials, who spoke on condition of anonymity.

Top US diplomat John Kerry called the raid a “bold action” that serves as reminder that there was no “impunity” for militants trying to harm America.

The hours-long assault on US facilities in Benghazi in 2012, which also targeted a CIA outpost, killed the US ambassador to Libya, Christopher Stevens, and three other Americans.

The attack shocked Washington and became a highly-charged political issue, raising questions about security at US missions. Former secretary of state Hillary Clinton faced hostile questioning before lawmakers over the issue.

Republicans alleged that the White House failed to respond decisively and then tried to hide some facts in the episode.

The Obama administration has accused critics of politicizing a tragic event and that it has divulged all the details of the case.

US federal prosecutors have charged Khatallah with murder, carrying a weapon and offering material support to “terrorism,” according to an indictment unsealed Tuesday.

The charges reflect accounts from Libyan officials and witnesses who have singled out Khatallah as allegedly taking part in the assault that day.

“We have made it clear, since that cowardly attack on our facilities, that we would go at any length to find, apprehend, bring to judgment, those who perpetrated it,” White House spokesman Jay Carney said.

“The capture of Ahmed Abu Khatallah is not the end of that effort but it marks an important milestone.”

Khatallah had often been seen in public often and gave an interview to the New York Times last year, striking a defiant tone over a strawberry frappe at a cafe in a luxury hotel in Benghazi.

But US officials dismissed suggestions that the suspect was “hiding in plain sight” or that the operation could have been conducted much sooner.

At a Pentagon press conference, Kirby rejected the “presumption” that Khatallah “was going to McDonald’s for milkshakes every Friday night and we could have just picked him up in a taxicab.”

“I mean, these people deliberately try to evade capture and putting yourself in a position where you can properly ID and move against them takes a lot of planning,” he said.

“And I don’t think anybody’s going to apologize for the effort over such a long period of time that eventually led to his capture.”

The State Department had identified Khatallah as a senior leader of Ansar al-Sharia, a Libyan Islamist group it brands a “terrorist” organization responsible for a spate of attacks and assassinations.

Some critics blasted the administration for holding Khatallah at sea instead of at the US-run prison at Guantanamo Bay, Cuba, where he could be treated as an “enemy combatant” and held without trial.

But the administration plans to try him in a civilian court, where some other prominent terror suspects have been prosecuted.

In October last year, US special operations forces staged a similar raid in Tripoli, apprehending Abu Anas al-Libi, a suspect linked to the 1998 Al-Qaeda bombings of US embassies in East Africa.

He was taken to New York where he faces federal charges over his alleged role in the bombing. – Rappler.com