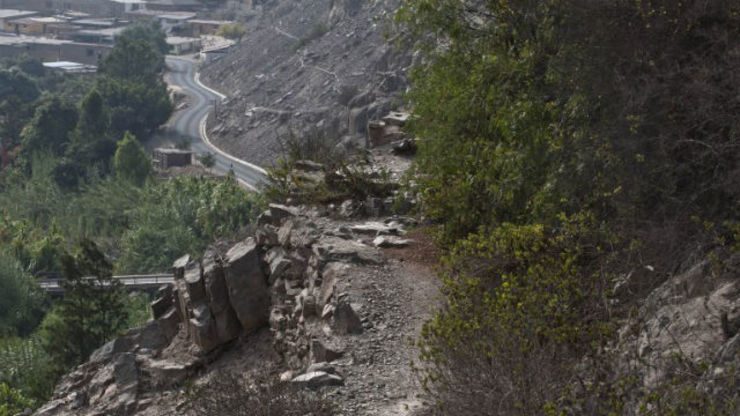 Facebook Twitter Copy URL
Copied
The listing of the Qhapaq Nan roads is expected to boost efforts to preserve and promote the network – an engineering marvel comparable to the vast road system of the Roman Empire.

The listing of the Qhapaq Nan roads will boost efforts to preserve and promote the network – an engineering marvel comparable to the vast road system of the Roman Empire.

Delegates at UNESCO’s World Heritage Committee voted to grant the status at a gathering in Doha, where they are considering some 40 cultural and natural wonders for inclusion on the UN list.

Covering some 30,000 kilometers (18,600 miles) and constructed by the Incas over centuries, the system has long connected the peoples of Argentina, Bolivia, Chile, Colombia, Ecuador and Peru.

The six nations came together to submit the bid for its nomination and have vowed to work in concert to preserve and restore the road system.

Inclusion on the list has significant economic implications as a World Heritage Site is eligible for financial assistance toward preservation and the status is also a powerful draw for tourists.

“This is a recognition of one of the most important sites in the world,” Luis Lumbreras Flores, who is responsible for the Qhapaq Nan project at Peru’s culture ministry, told Agence France-Presse (AFP).

The road system, which reached its height in the 15th century, linked the Incan capital Cusco in present-day Peru with the vast reaches of the empire.

“The Qhapaq Nan by its sheer scale and quality of the road is a unique achievement of engineering skills in most varied geographical terrains, linking snow-capped mountain ranges of the Andes…to the coast, running through hot rainforests, fertile valleys and absolute deserts,” UNESCO said in documents presented at the Doha meeting.

“It demonstrates mastery in engineering technology,” UNESCO said, calling it “an exceptional and unique testimony to the Inca civilisation.”

The system, which began forming as trails thousands of years ago, linked some 40,000 people of the Incan Empire, carrying traders, travellers, messengers and armies.

The road system was eventually used by the mounted Spanish conquistadors in their exploration and conquest of the continent after their arrival in 1526.

“It illustrates thousands of years of cultural evolution and was an omnipresent symbol of the Empire’s strength and extension throughout the Andes,” UNESCO said.

Parts of the network are under threat from encroaching development. Under a plan submitted to UNESCO the six nations will sign on to an overarching preservation scheme.

Experts said they hope the granting of the status will bring the road system to greater attention and help efforts to explore and preserve it.

“We still cannot see the entire road because a large part of it is covered by vegetation,” said Fernando Astete, the chief archeologist at Peru’s famed Machu Picchu site.

“This road must be restored and developed because of its significance to heritage,” he said.

Determining the boundaries of the site has been extremely complicated and UNESCO settled on selecting 273 components of the route, covering about 700 kilometers (435 miles) of road and some 11,300 hectares (28,000 acres) of land. – Rappler.com