The remaking of Prabowo

Jul 6, 2014 7:18 PM PHT
Maria A. Ressa
Facebook Twitter Copy URL
Copied
Can a man who has acted without accountability in the past really change? If elected, will he take democracy forward or is he the last gasp of Suharto’s New Order government? JAKARTA, Indonesia – It’s a comeback story that shows tenacity and grit, bringing a former disgraced general within touching distance of the Indonesian presidency.

Prabowo Subianto, 62, was the rising star of the Indonesian military, former head of the elite Kopassus, its Special Forces, and then commander of Kostrad, its largest and most important army unit.

I knew him as an articulate and gregarious man, who often explained what happened behind the scenes in Indonesia’s power politics. After all, he was the son-in-law of Suharto, whose authoritarian rule was repeatedly rubber-stamped by its Parliament – known then as the People’s Consultative Assembly.

Elections then were engineered to release frustrations because everyone knew who was going to win.  The description I often used of the rowdy, party-like campaigns came from Shakespeare: it was all “sound and fury signifying nothing.”

Prabowo was one of the few western influences inside Suharto’s inner circle and identified as a possible successor. A graduate of West Point, he tried to help open up an often insular, proud nation. (Television, for example, didn’t come here until the early ’80s.  Until the mid-’90s, when I opened the first bureau of an American television network in Jakarta, there were still few western franchises.)

The secret negotiations of power ended in 1998, when an economic crisis and student protests combined to end Suharto’s 32 year rule.

Leading to that, Prabowo ordered the kidnapping of at least 9 pro-democracy activists, he now says for their own “protection,” preventing the students from carrying out “bombing and arson” attacks.  At least one of those kidnapped was found dead, but surprisingly, four now support him.

“It could be considered preventive detention,” Prabowo told Metro TV in an interview. “Perhaps in different circumstances, we would be heroes.  I would have gotten a medal.” 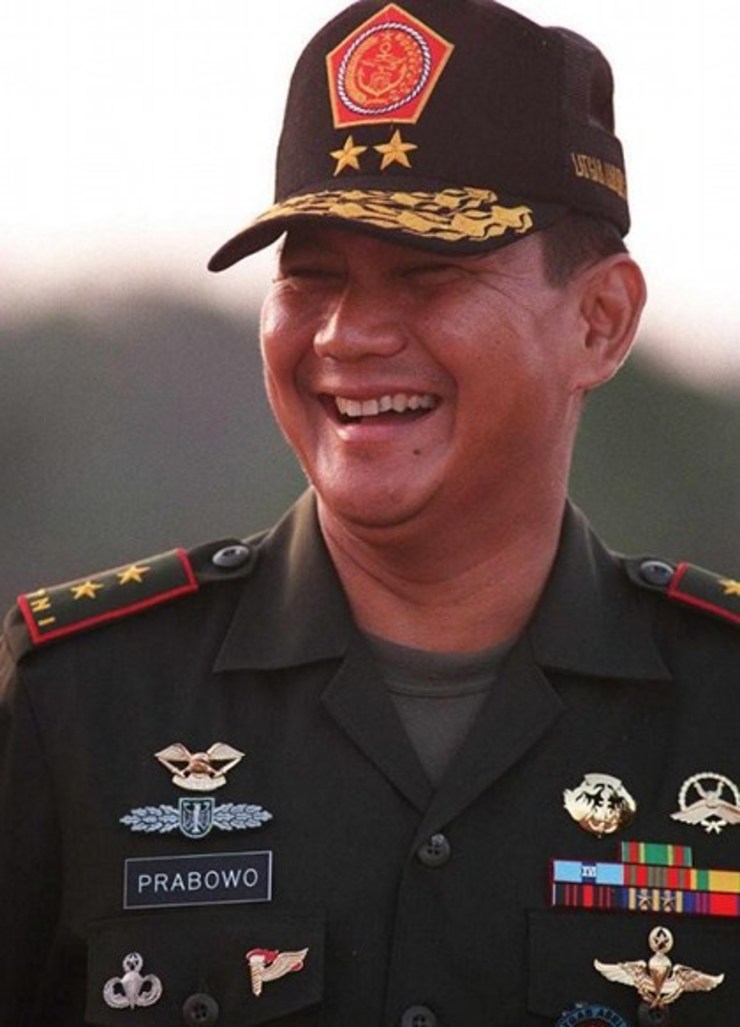 On the wrong side of history, Prabowo was disgraced: dismissed from the military by a special tribunal that never completely addressed the charges of human rights violations.

He left Indonesia, became a businessman, and lived in Jordan for more than a year.  When he returned home, he invested in energy and palm oil.  By 2009, he had built a net worth of at least $165 million.

Through it all, he never seemed to lose touch of a goal that then seemed unreachable.

In 2004, for the first time ever in a break from the Suharto era, Indonesians directly elected their president.  Prabowo ran for president under Golkar, the former ruling party.

When I covered those elections, people whispered about him disparagingly.  Driven by a clamor for change, Indonesian democracy demanded new faces.

Another former general, Susilo Bambang Yudhoyono, won the 2004 elections.  Refusing to give up, Prabowo started his own political party, Gerindra, which began to gain traction among the urban, middle and upper class voters. But Gerindra failed to meet the threshold to field a presidential candidate in 2009.  So Prabowo ran for vice president.

“He established a political party from scratch and made it #3 in 2014,” said Sandiaga. “That’s a remarkable story, and this is what democracy in Indonesia has created – those types of possibilities and opportunities.”

Still, Prabowo’s past scares many Indonesians and international observers. For the first time ever, an Indonesian media organization took sides: the Jakarta Post endorsed 53-year-old Joko “Jokowi” Widodo, compared by some here to Barack Obama – a grassroots organizer and inclusive, collaborative leader who comes up with practical, workable solutions to governance.

Shortly before the campaigns began, Jokowi had a larger than 20-percentage-point lead, but he ran a lackluster campaign that made him seem weak and indecisive. In contrast, Prabowo’s military-like, slick campaign whittled down Jokowi’s lead in what is now the tightest race Indonesia has ever seen.

Prabowo’s message is simple and revolves around “tegas,” meaning firm.  He offers “strength and stability,” and that resonates after two terms of President Yudhoyono. 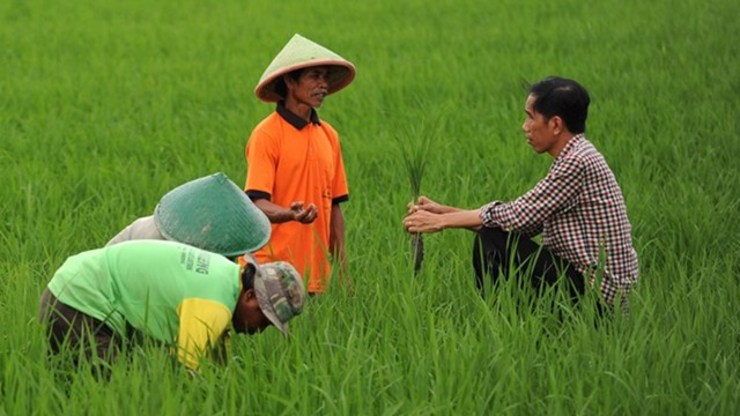 The possibility of a strongman ruler is precisely what scares international investors.

On June 28, Prabowo said direct elections are “not appropriate for us,” and that “much of our current political and economic systems go against our nation’s fundamental philosophy, laws and traditions … They do not suit our culture.”

The Jakarta Post, quoting Morgan Stanley, Deutsche Bank and the ING Group, wrote that 56% of international investors would sell their assets if Prabowo wins.

“Investors will not be able to ignore Indonesia,” Sandiaga told me emphatically, dismissing these fears as part of the rhetoric of a campaign.

“Politics is one thing, and reality is another. He is committed in terms of upholding human rights, and I think he’s a very, very staunch believer that the rule of law has to be upheld,” he added.

Can a man who has acted without accountability in the past really change?  If elected, will he take democracy forward or is he the last gasp of Suharto’s New Order government – when a president had unlimited power, and democracy was an exercise in name but not of substance?

“This may well be the last hurrah of the New Order,” Professor Greg Barton, an Indonesia specialist from Australia’s Monash University, told Rappler. “If Prabowo fails, the team around him is very much a New Order team.  If he succeeds, we may in some way see the New Order resurrected. It won’t be back exactly the same, but some of the same issues with authoritarianism, cronyism and kleptocracy would return for sure.”

“That’s a misconception,” retorted Sandiaga, who is part of a wave of young, successful businessmen pushing entrepreneurship and change.  He insisted that Prabowo “is a reformed man” who is fighting corruption and believes in building a robust democracy, “a new Indonesia.”

“He would not have contested 3 general elections, spent tremendous amounts of resources, time and commitment to Indonesia’s democracy if he doesn’t believe in the new Indonesia,” Sandiaga told me, insisting Prabowo would never return to Suharto’s New Order “because that recipe failed big time.”

Whoever wins on Wednesday, July 9, Prabowo has shown vision in his own political career and has remade himself in the most public of ways.

The question now is whether Indonesian voters believe him.