Jokowi: Break from the past

Jul 8, 2014 9:23 AM PHT
Maria A. Ressa
Facebook Twitter Copy URL
Copied
For the first time since the end of 32 years of Suharto’s authoritarian rule, an orang kecil – a little person – is poised to win the presidency. Will Indonesians go for Joko Widodo, the man from the slums? 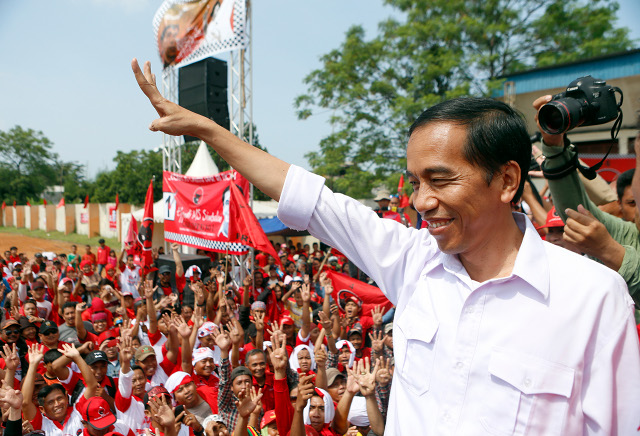 “If he wins,” said Anies Baswedan, president of Jakarta’s Paramadina University and chairman of Indonesia Mengajar (Teach Indonesia), “it will change the way young Indonesians dream.”

Anies is known for harnessing grassroots support for education, and he set aside his own political ambitions to help find the right leader.

His answer: Jokowi for President.

For the first time since the end of 32 years of Suharto’s authoritarian rule, an orang kecil – a little person – is poised to win the top post.

“Jokowi is very much your ordinary man,” said Professor Greg Barton from Monash University, who has studied Indonesia’s transition to democracy extensively. “He’s Everyman: the guy you meet on the street, the guy who drives your taxi. He looks ordinary. He sounds ordinary.”

It’s the first time an outsider, someone not part of the political elite that rose to prominence during the Suharto regime, may take the top post.

That is sending tremors through Indonesia’s power structures.

Jokowi grew up in a Java slum, became a furniture maker and exporter before he became the local mayor, and most recently, the governor of Jakarta.

Ironically, he is now running against the man who helped him get that job in the capital: Prabowo Subianto, former army general and son-in-law of Suharto. Anies mentioned that after I asked whether Jokowi would be independent of Megawati Sukarnoputri, Indonesia’s former president and party leader of PDI-P, the party that nominated him. (READ: The remaking of Prabowo) 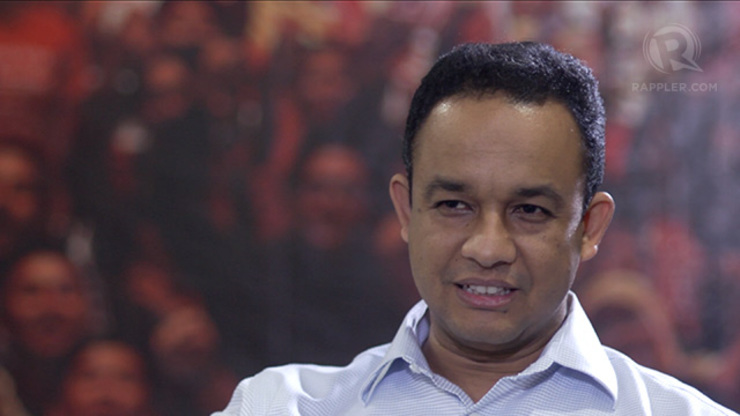 “In 2012, he was associated as a puppet of Prabowo. Why? Because it was Prabowo who helped get him to Jakarta,” explained Anies. “It was wrong then, and it’ll be wrong again” – referring to Megawati.

Megawati is the daughter of Indonesia’s founding father, Sukarno, and became a rallying symbol against Suharto in the late 90s. She was widely seen as an ineffective leader when it became her turn to lead.

Party insiders say part of the reason it took so long for PDI-P to announce Jokowi as its standard bearer was because Megawati was unsure of his loyalty.

He certainly has his own mind.

In a clear break from politics as usual, he decided to run based on principles so he shunned alliances of convenience like with Golkar, Suharto’s former ruling party. Although it had an established political machinery he could’ve used, he and his team saw it as too much of a compromise.

“The Jokowi campaign team has been very careful on that,” explained Anies. “There is no perfect human being for sure, but being selective is important.”

“In many ways, in terms of his earnestness and his sincerity and his non-political professional style, Jokowi is a little bit like Barack Obama,” Barton told me.  “He doesn’t have the soaring rhetoric and eloquence and doesn’t have the charisma, but he has that same dogged earnest goodness about him – which is a positive thing but it also, in real politics, carries some real liability.”

Sources say large corporations came with offers of cash for his campaign, money Jokowi returned because he didn’t want to be saddled with vested interests.

All these have helped make his campaign difficult – and may have pushed the presidency away. (Catch Rappler’s coverage of the Indonesian election here.)

During the month-long campaign, Jokowi’s more than 20-percentage-point lead was whittled down to nothing. Analysts said Jokowi ran a lackluster campaign that often showed him as weak and indecisive.

“The Jokowi team has been a team of amateurs,” said Barton.  “It’s not run a professional campaign.”

Jokowi’s walk-about style that worked so well for him as a local official now seemed like a liability. His track record showed he could be an effective COO, but could he be the CEO, the man on top?

Yes, said Anies, pointing to millions of supporters who volunteered their time and money.

“This is both good and bad,” Anies explained. “They’re true volunteers meaning they’re unpaid. Because they’re volunteers, it’s often hard to structure the organization. So I often say this is organized but not structured. Now we often associate organization with structure.  If there’s not structure, it is not organized.  Well, it’s not always. The Crowd has its own logic, and the crowd is often an organized crowd – but it doesn’t mean there is structure.”

In other words, Jokowi was harnessing a grassroots movement against Prabowo’s slick, military-like campaign.

Prabowo framed his message around a key word: tegas, meaning “firm” – strength and stability. He promised decisive leadership, appealing to Indonesians frustrated with the slow pace of reforms in the last term of President Susilo Bambang Yudhoyono.

Prabowo gained momentum and seemed on the verge of victory – until last Saturday, July 5.

On the last day of the campaign, supporters of Jokowi – separate from PDI-P – held a concert with volunteer artists that drew tens of thousands who gathered around this unassuming man.

That night was the 5th and final presidential debate.

With about 15% of nearly 190 million registered voters undecided, that debate became crucial.

“We finally saw Jokowi come forward and look as firm, as tegas, as Prabowo,” said Barton. “Jokowi was brilliant. He was the debater that he should’ve been.”

The most recent survey seems to support that, but surveys have been wrong in Indonesia’s past elections.

What’s clear is that this is a crucial moment for the country with the world’s largest Muslim population. (READ: Why the world is watching Indonesia)

Are Indonesians ready for Jokowi? Do they want a clean break from the past?

“God willing, Jokowi will win,” said Anies.  “The margin may not be that big, but our predictions say it’s around 6 and very optimistic to say 12%, but what we would like to see and ensure takes place is a clean and dignified electoral process.  That’s what we need.”

If that happens, how will it “change the way young Indonesians dream?”

Well, the presidency in this country has long been seen as something granted by God and destiny.

“It would be inspiring,” said Anies.  “Now, any Indonesian can become the president.”