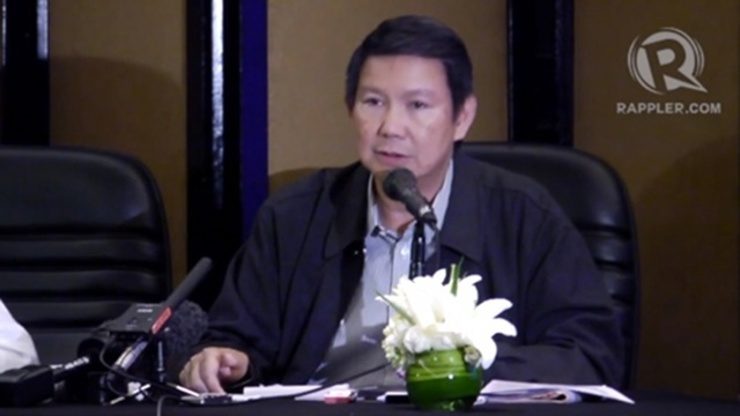 A day after declaring they both won the election, the camps of Jakarta Governor Joko “Jokowi” Widodo and former special forces commander Prabowo Subianto now hint that the other side is cheating.

Jokowi leads by about 5 points in most quick counts, with 100% of votes counted.

Jokowi holds a press briefing where he warns against intervention in the counting of the official results of the elections.

He stresses that the job of his supporters is not yet over because they must ensure what he calls the purity of the people’s aspirations.

The grassroots leader says he believes Prabowo will place the interest of the nation above everything, and will accept the final results of the elections.

But it’s a different story here at the Intercontinental hotel in Jakarta, where one of Indonesia’s richest men Hashim Djojohadikusumo speaks for his brother, Prabowo.

He says the Prabowo team is worried its votes are being threatened.

Hashim says Jokowi also has rich supporters backing him, and there is danger they are cheating his brother.

He cites the Prabowo-Hatta team’s own national count saying Prabowo is at 51% while Jokowi is at 48%.

Hashim attacks the statement of Jokowi’s campaign that if they lose, it could only mean Prabowo cheated.

We strongly feel that the democratic process is in serious danger of being hijacked by the other side. The fact he came out one hour and 25 minutes after the closing of the polls has never, never, I don’t think has happened in other civilized countries.

To say we’re going to cheat, it’s so tendentious and psychology experts tell me that would incite people if they were able to form an opinion among a lot of people in Indonesia that they were winning and then if they were to lose, they were losing because of cheating by us.

Despite international and local headlines proclaiming Jokowi’s victory,  Hashim says his brother is not giving up, and will only think of conceding once the official results are out.

For now, the stalemate continues here in Indonesia, as the heated campaign turns into a long, anxious wait for the official results on July 22.