Some MH17 victims may ‘never be found’: police 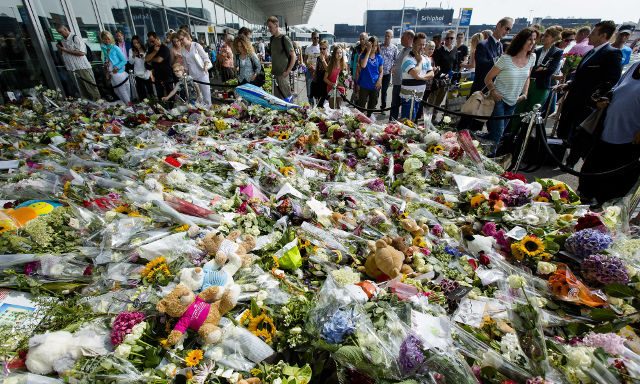 Facebook Twitter Copy URL
Copied
Dutch police chief Gerard Bourman noted, 'I would love to give a guarantee that all the remains will come back... but... I believe the chances are not very good that we will get it all'

THE HAGUE, Netherlands – All remains of the 298 people who died on downed Malaysia Airlines flight MH17 in rebel-held east Ukraine may never be recovered, Dutch police chief Gerard Bouman said on Monday, July 28.

“I would love to give a guarantee that all the remains will come back, and all possessions, but… I believe the chances are not very good that we will get it all,” he said in a briefing to parliament in The Hague.

Bouman said all next-of-kin had been made aware of the situation, adding it was not even clear how many bodies remained unaccounted for.

“What we found in the body bags in Ukraine was indescribable. The contents were horrible, hardened people whose work this is are finding it hard to process. Bits and pieces all mixed, big and small, were found in the bags,” he said.

A team of unarmed Dutch and Australian investigators were forced by heavy fighting on Monday to abandon yet another attempt to reach the crash site.

Rebels fighting in eastern Ukraine had said on Sunday that a train carriage filled with personal belongings of the victims had been handed over to Dutch officials.

But Dutch justice ministry spokesman Lodewijk Hekking told the Agence France-Presse (AFP) on Monday that no handover had taken place and only a few items were in official hands so far.

“Last Friday two investigators were on the site, where they collected a handful of personal belongings — passports and other small items — which they took with them,” he told AFP. – Rappler.com