HONG KONG – Hong Kong’s student activists have become local celebrities thanks to televised confrontations with officials as they demand reform – but their frustration with the city’s wider democracy movement is growing over fears of compromise with Beijing.

Public discontent in Hong Kong is at its highest for years, with heightened concern over perceived interference from China, notably Beijing’s insistence that it vet candidates before the vote for the city’s next leader in 2017.

Pro-democracy group Occupy Central has pledged to seize the central business district if public nomination of candidates is ruled out by the authorities.

Student campaign groups say that civil disobedience is the only way to secure change – and that it should happen sooner rather than later.

“You have to gather citizens and really make civil disobedience a practice, not just repeatedly say it,” Alex Chow, the 23-year-old chairman of the Hong Kong Federation of Students, told Agence France-Presse.

“If you do not carry out any action, your opponents will not see how serious Hong Kong people are treating democracy.”

Chow says the students will not compromise on their demand for the public to choose candidates – adding that this sets them apart from other pro-democracy groups.

“Once you make a compromise, then you have to keep compromising in the future,” said Chow.

China has promised universal suffrage for the chief executive elections in 2017, but there is deep concern that only those sympathetic to Beijing will be allowed to stand.

“We have been protesting every year on July 1, but the government is not going to feel the heat if everyone goes home after the protest. We need escalated actions,” says 17-year-old student leader Joshua Wong. Fresh-faced and slightly built with a mop of black hair and black-rimmed glasses, Wong is co-founder of student activist group Scholarism and one of the most recognizable faces of the pro-democracy movement.

Gossip columns debate his love life and his stage presence has won him a loyal following across the age ranges.

He is impatient for action.

“We don’t think we can persuade the government with our words. Only when there is action that leads to unrest in society will the government consider compromising.”

Student groups have already raised the bar in terms of civil disobedience – after this year’s July 1 pro-democracy march they organized a sit-in which resulted in police arresting more than 500 protesters.

There has been talk of strikes at schools and universities, but no plans to escalate the campaign have been confirmed as yet.

The students’ lack of allegiance to mainstream politics is part of the secret to their popularity, says Chinese University political analyst Ma Ngok.

“People believe that they are not running for office and that they are genuinely fighting for the interest of Hong Kong,” Ma said.

The leaders of Occupy, which is headed by two academics and a baptist minister, also say the students are key – despite their criticisms of the movement.

“We need people like these students who serve as a vanguard to do something more radical and express their ideas directly,” Occupy co-founder Chan Kin-man said, but added that people who are also willing to negotiate are equally important.

The city’s democracy camp reportedly said last week it would like to meet Beijing officials to discuss electoral reform.

However, Michael DeGolyer, professor at the Hong Kong Baptist University’s government and international studies department, said the student protesters risked retaliation if they were unwilling to budge.

“If the students… insist that it is either their way or no way at all then the Communist Party is going to have to make a decision like they did back in 1989,” DeGolyer said, referring to the bloody June 4 Tiananmen Square crackdown. 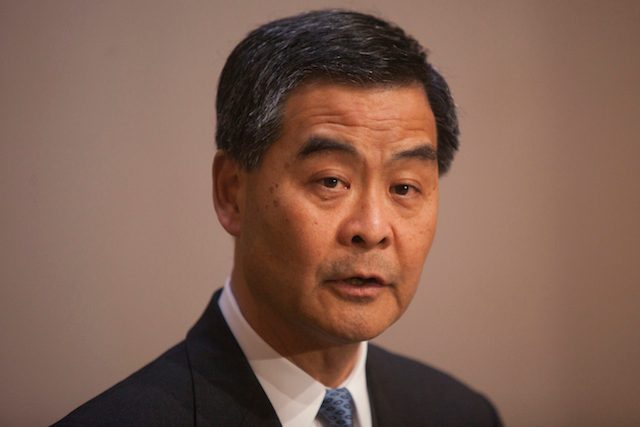 “If they’re out there in large enough numbers, then there will be no concessions from the government, they will go in and want to basically crack down on these folks,” he said.

“Beijing has made it very clear that that (civil nomination) is not a process that they are willing to accept,” he said.

DeGolyer added that the students’ approach did not offer any “reassurance” to the more moderate camp within the Communist Party, who may be willing to work out a compromise.

The Chinese military on June 4, 1989 swept away a student-led pro-democracy movement which occupied Tiananmen Square in Beijing for more than a month.

Hundreds of unarmed civilians – by some estimates, more than 1,000 – were killed.

“If the government takes violent action… they would win in terms of culling the people or restoring their rule, but they will lose the Hong Kong people’s hearts and support,” Alex Chow said.

But Wong, who is currently applying for university, says he is spurred on by the belief that his movement will succeed.

“Without hope I wouldn’t be doing this now. I do this because I think there is hope,” he said. – Rappler.com