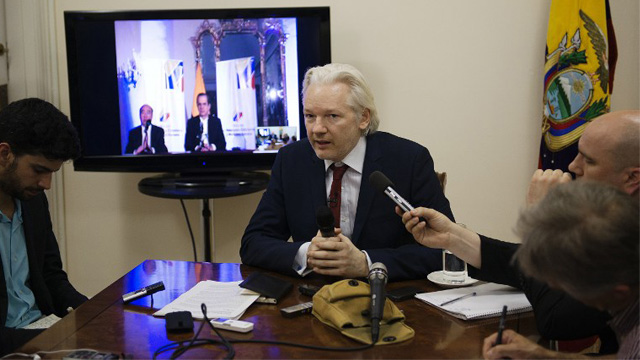 Wikileaks said the court order was issued on July 19, 2014 by the Australian Supreme Court in Melbourne, Victoria, following the indictment of 7 senior executives from subsidiaries of Australia’s central bank, the Reserve Bank of Australia (RBA).

The case concerns allegations of multi-million dollar briberies made by agents of RBA subsidiaries Securency and Note Printing Australia in the early 2000s to secure contracts for the supply of Australian-style polymer bank notes to the governments of Malaysia, Indonesia, Vietnam and other countries.

The gag order was issued to “prevent damage to Australia’s international relations that may be caused by the publication of material that may damage the reputations of specified individuals who are not the subject of charges in these proceedings.”

The wide-ranging ban also specifically bans the publication – including sharing on social media – of the order itself. The Age wrote that “anyone who tweets a link to the Wikileaks report, posts it on Facebook, or shares it in any way online could also face charges.”

“The concept of ‘national security’ is not meant to serve as a blanket phrase to cover up serious corruption allegations involving government officials, in Australia or elsewhere. It is in the public interest for the press to be able to report on this case, which concerns the subsidiaries of the Australian central bank.”

Assange has been staying at the Ecuador embassy in London for the past two years to avoid extradition to Sweden over allegations of sexual assault.

In Indonesia, Securency reportedly offered two officials of  Bank Indonesia, the country’s central bank, $1.3 million in “commissions” each to win a contract for the firm in 1999. The Sydney Morning Herald reported that Securency won a $50 million contract to print 100,000-rupiah bank notes for Bank Indonesia that year.

Bank Indonesia and Indonesia’s powerful Corruption Eradication Commission (KPK) both said in 2010 they would launch probes into the case and asked for the Australian Federal Police’s cooperation. However, no prosecution has taken place in Indonesia.

The wide-ranging gag order does not appear to be the first time one has been issued in relation to the case. The FCPA Professor, a law blog on the Foreign Corrupt Practices Act, wrote in 2012 that reporting on the case “has been patchy over the last year due to national suppression orders preventing the publication of material which might prejudice the fair trial of the Securency and NPA executives.” – Rappler.com