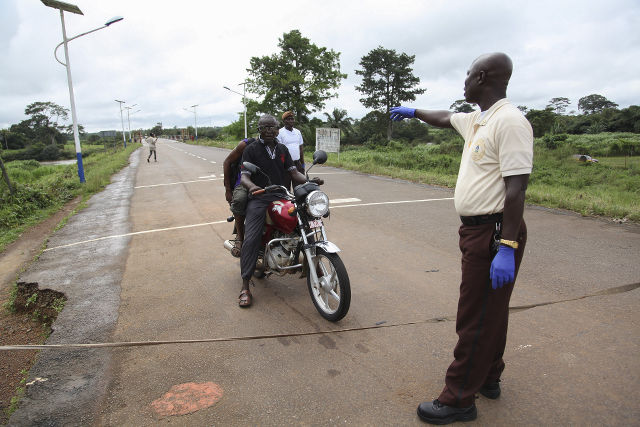 FREETOWN, Sierra Leone – Sierra Leone leader Ernest Bai Koroma declared a state of emergency on Thursday and cancelled a planned trip to the US-Africa summit as the country struggled to contain the deadly Ebola epidemic.

“Consequently… I hereby proclaim a state of public emergency to enable us to take a more robust approach to deal with the Ebola outbreak.”

Koroma said he had cancelled a trip to a summit of around 50 African leaders in Washington DC next week.

He announced he would travel to neighbouring Guinea for a regional summit on the crisis gathering the heads of Sierra Leone, Liberia, Guinea and Ivory Coast.

Koroma announced a raft of measures to combat the disease, as part of the state of emergency, including quarantining Ebola-hit areas and deploying security forces to protect medical workers.

He banned all public meetings not related to Ebola and launched house-to-house searches to trace and quarantine suspected patients in Ebola hot-spots.

He cancelled foreign trips by ministers and other government officials, exempting only “absolutely essential engagements.”

The president said the measures would be in place initially for 60 to 90 days, and would then be reassessed.

“Fellow citizens, this is a national fight, and it behoves all of us to stand together to promote the truth about this deadly disease. Ebola is real, and we must stop its transmission,” Koroma said. – Rappler.com