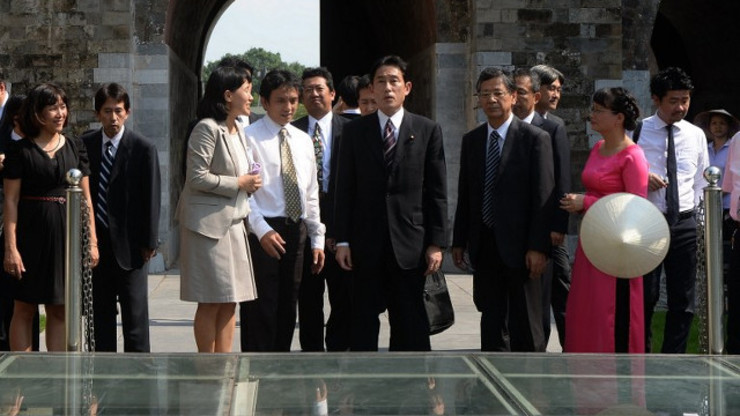 HANOI, Vietnam – Japan said Friday, August 1, it would give Vietnam 6 vessels to boost the communist country’s capacity to patrol its territorial waters, amid a bitter maritime dispute with Beijing in the South China Sea.

The deal for the six used vessels, worth 500 million yen ($5 million), was announced in Hanoi during a two-day visit by Japanese Foreign Minister Fumio Kishida aimed at deepening bilateral ties.

“We hope this will help strengthen the maritime law enforcement capability of Vietnam,” Kishida said at a press briefing with his Vietnamese counterpart Pham Binh Minh.

Relations between Vietnam and neighboring China plummeted to their worst point in decades in early May after Beijing moved a deep-water oil drilling rig into waters in the South China Sea claimed by Vietnam.

China withdrew the rig mid-July, a month earlier than initially expected, claiming it had successfully completed the drilling mission.

While the rig was in place, there were repeated skirmishes between dozens of Chinese and Vietnamese vessels around the rig.

Hanoi accused Beijing of ramming and sinking one of its wooden fishing vessels. Beijing denied the allegation, blaming intrusions by Hanoi’s fishing fleet for the incident.

The rig’s deployment also triggered a wave of violent anti-China demonstrations and riots in Vietnam, which saw some foreign-invested factories vandalised and set on fire. (READ: Large protests in Vietnam over China oil rig)

Japan and China are also locked in a bitter dispute over small, uninhabited islands in the East China Sea called Senkaku in Japanese and Diaoyu in Chinese.

Tokyo took control of the islands in January 1895, when it says they were unoccupied. Beijing counters they have always been its “inherent” territory.

“Both Vietnam and Japan agree on maintaining peace and stability in the East China Sea and East Sea,” Fumio said.

East Sea is the Vietnamese name for the South China Sea.

He said disputes must be settled “in accordance with international law (and) by peaceful means”. – Rappler.com